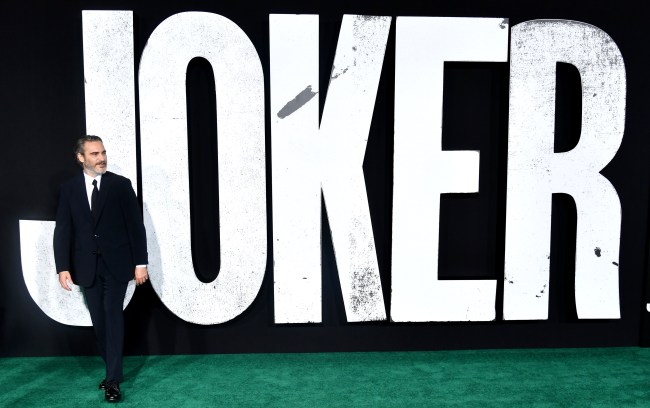 Joker director Todd Phillips just dropped another twist on movie-goers saying the character Joaquin Phoenix plays in the movie might not even be the villain everyone knows. He also address the question of whether or not Phoenix’s version of Joker will ever have a run-in with Batman.

No spoilers ahead (except maybe in the videos, which are optional viewing). I promise.

In an interview with the Los Angeles Times, Phillips, who directed and co-wrote Joker, said it is up to each viewer how they “want to interpret it and experience [the film]. It’s less you being kind of presented with the facts than you being presented with these possibilities.”

Which leads the interview into a discussion about whether or not Phoenix’s Joker is in fact The Clown Prince of Crime everyone familiar with the stories about Batman knows.

Well, if even he doesn’t know…

“There’s a lot of ways you could look at this movie,” Phillips said about the Arthur Fleck’s journey in the film. “You could look at it and go, ‘This is just one of his multiple-choice stories.”

Maybe we will find out for sure when Phillips and Phoenix get back together for a sequ… what’s that? They aren’t going to make a sequel? Or have Arthur Fleck/Joker actually take on The Dark Knight?

“We would never do that,” said Phillips. “No, no. We’d just want to see where he goes from there.”

Related…
• ‘Joker’ Is A Heartbreaking Horror Story That Ultimately Falls Just Short Of Being A Masterpiece
• Answering All Of The Major Questions That ‘Joker’ Left Us With
• Did You Catch The Reference To Heath Ledger In ‘Joker’?
• Warner Bros. Rumored To Be Considering Applying The ‘Joker’ Formula To Other Batman Villains