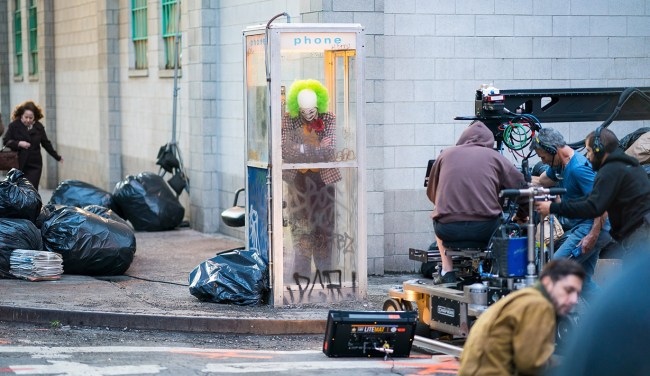 There are some movie roles actors take on that they know, without a doubt, will leave them wide open to criticism. Usually those roles involve an iconic character that movie-goers have seen before and have already developed an opinion of how it should be played. Such is the case with Joaquin Phoenix and the role of infamous DC Comics supervillain Joker.

The role of Joker has been played by numerous actors in the past. From Cesar Romero cackling away in the 1960s on the campy Batman series starring Adam West to Cameron Monaghan playing the Proto-Joker (due to potential copyright issues) on Gotham as recently as this year, there is a lot of history, both good and bad when it comes to playing The Clown Prince of Crime.

Some of the portrayals were highly praised such as Jack Nicholson in 1989’s Batman and even more so with Heath Ledger in 2008’s The Dark Knight, while others like Jared Leto in 2016’s Suicide Squad, have been almost universally reviled.

So why would any actor want to be compared with Ledger, or face the potential wrath of fans as happened to Leto? Joaquin Phoenix spoke about that very topic during his film’s press conference at the Venice Film Festival, reports Comicbook.com.

“I guess I was interested, actually, in the light of Arthur, for lack of a better word,” Phoenix explained. “It wasn’t just the torment, it was kind of like the joy, it was his struggle to find happiness and to feel connected and to feel warmth and love. That’s the part of the character that I was interested in and I think was worth kind of exploring. I don’t think of a character as tormented. I don’t ever kind of define characters in that way. It’s only when I come to do press that I get asked these questions, but I never think of it that way.”

“For me, for us, it’s almost, it was eight months, for me, of exploring this person,” Phoenix continued. “It’s very difficult to distill that experience down into a soundbite or just into a definition of who the person is. He was so many things to me at different times. Who he was the first few weeks of shooting, completely different than who he was at the end. It was something that was constantly evolving. I don’t think I’ve ever had an experience quite like this one. I like to be open to different possibilities as I work. I try not to make concrete decisions about the character when I’m working. But with this one, it was impossible, and also, just kind of like a bummer if you did that [laughs]. Any time we did that, we’d make a decision for something, we’d look at each other, like ich, there’s something wrong about that. And the more unpredictable it was, the more exciting it was for us, and inspiring. And we kept trying to find something new in every moment.”

Sounds like it must have worked because, according to Variety, the premiere of Joker Saturday night at the Venice Film Festival received an eight-minute standing ovation when it was finished.