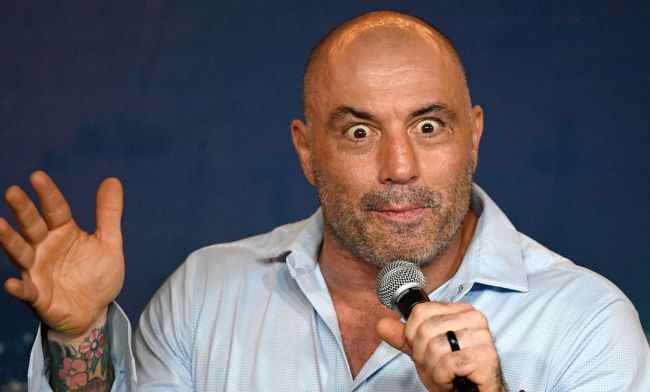 Joe Rogan’s podcast The Joe Rogan Experience is not only one of the biggest podcasts on the market today but, given the relatively new medium that is podcasting, in the history of the format, as well. There’s simply no denying the empire that Rogan has built: the size of his megaphone, and therefore his influence, is titanic.

That, ultimately, is the nexus of the controversy surrounding Joe Rogan. No one would give a damn about what he spewed if his podcast was downloaded by a few thousand people. Surely there are people in the world saying worse things than Joe Rogan. The difference is that no one is hearing them. It’s the ole “if a tree falls in a forest” conundrum. If a homeless man wanders the streets of your local metropolis telling people he’s Jesus Christ reincarnated, to paraphrase Heath Ledger’s legendary Joker, no one would bat an eyelash. But if the President of the United States did so, it’d be a different conversation entirely, to say the least.

But The Joe Rogan Experience is very much NOT a fallen tree in the woods, as the show reportedly has an audience of 11 million people per episode. That sort of listenership is bigger than the population of every major city in America. If The Joe Rogan Experience were a state, it’d be about the 7th or 8th biggest in the country, sandwiched somewhere in between the likes of Pennsylvania, Illinois, Ohio, and Georgia. If that doesn’t give you perspective on Rogan’s audience, I’m not sure what will.

And that’s the key to not only Rogan but free speech in general: at what point is your megaphone loud enough that you need to be held accountable for what you say, especially when what you say isn’t true? I — a writer at BroBible.com — am not the person to answer that question. I’m not even going to try, as people far smarter than I have been debating that very thing since 1776.

Instead, I’m simply going to share the video — which sees the famed podcast host and UFC commentator spend about two-minute conspiracy theorizing about a purported agriculture law in Australia that prevents citizens from growing their own food — that seems to epitomize the essence of the Joe Rogan debate: to what extent is he responsible for the things he says?

joe rogan having a normal one (watch until the end) pic.twitter.com/bs3CEYlpkX