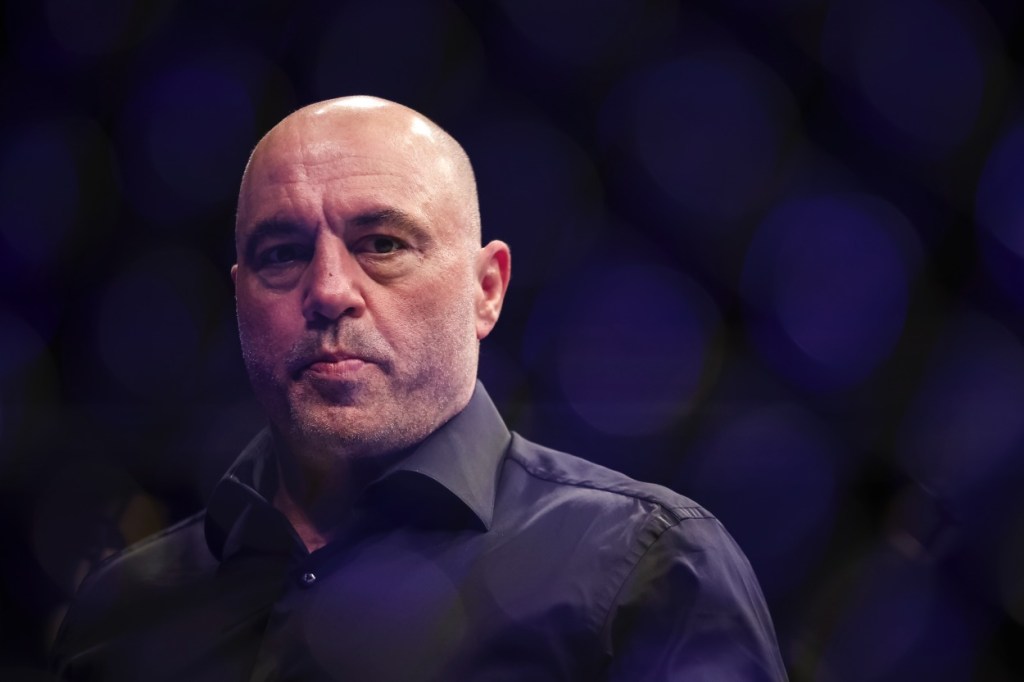 There was a brief moment back in February when it seemed like ‘cancel culture’ was going to get the best of Joe Rogan but it turns out that couldn’t have been further from reality. The most recent attempts to cancel Rogan came when a video surfaced showing him repeatedly using the n-word over the years. And that was in the immediate aftermath of a spat with Neil Young.

That’s one of the vilest racial slurs in the English language and footage of Joe Rogan repeatedly using it seemed to call into question if Spotify was going to stick with him or not. Celebrities like The Rock and Samuel L. Jackson spoke up about it. And if you get most of your news from social media like Twitter there was a perception that Rogan’s days might’ve been numbered.

In the Friday episode of The Joe Rogan Experience featuring guest Douglas Murray, Rogan discussed the recent ‘cancel culture’ attempts. According to Rogan, the recent controversies were actually a huge boon for his subscriber numbers.

Douglas Murray: “You have been put through the wringer since we last met. They did a number on you. Wow.

Joe Rogan: “It’s interesting, my subscriptions went up massively — that’s what’s crazy. During the height of it all, I gained two million subscribers.”

“During the height of it all, I gained two million subscribers … Yeah, [the media] went for it. It’s also fortunate that the people who went for it were CNN. They’re so untrustworthy and people know how biased they are and socially weird their anchors are.”

Not everyone believes Rogan’s growth claims

Spotify doesn’t report Rogan’s subscriber numbers but as recently as February it was believed Joe had between 7 and 10 million subscribers. His episodes average 11 million streams per episode. So a bump of 2 million subscribers would be MASSIVE except some are trying to claim that it wasn’t because of ‘cancel culture’ like Rogan says.

An article from The Hollywood Reporter last week counters Joe Rogan’s claims about ‘cancel culture’ boosting the 2 million subscribers. They report “sources clarified the show has been consistently growing since the podcaster joined the streamer and hasn’t spiked due to any particular event.” They don’t clarify who the ‘sources’ are here which is odd considering there’s nothing to hide when talking about subscriber numbers….

There’s a BIG difference between ‘consistent growth’ and a bump of 2 million subscribers in a few weeks when the total was between 7 and 10 million subscribers to begin with. That’s a massive bump. There’s no way around it. And it wasn’t just the surfaced clip of Rogan using the ‘n-word’ that raised his profile in the news recently, there was the massive Joe Rogan-Neil Young feud before that.

Now I suppose it’s possible to not attribute all of the subscriber growth to ‘cancel culture’ and a huge chunk of that could’ve just been additional exposure from Joe Rogan’s name in headlines. But even if that’s the case it was still primarily driven by the recent attempts to get him off Spotify.

And for what it’s worth, according to ‘All Top Everything’ which tracks podcasts streaming numbers Joe Rogan is getting 11 million streams per episode. That puts him at #1 in the industry. And the #2 podcast is ‘Crime Junkie’ which gets 5.9 million streams/episode of less than half of Joe Rogan so he’s doubling the second-best podcast numbers in the entire industry.

With numbers like that it’s hard to imagine that he and Spotify ever break up but Joe recently spoke about that and discussed what would cause him to quit Spotify one day.

Listen to the full ‘Joe Rogan Experience’ episode below

You can stream that full episode above or check out another youtube clip by hitting the ‘play’ button versus streaming the full episode.