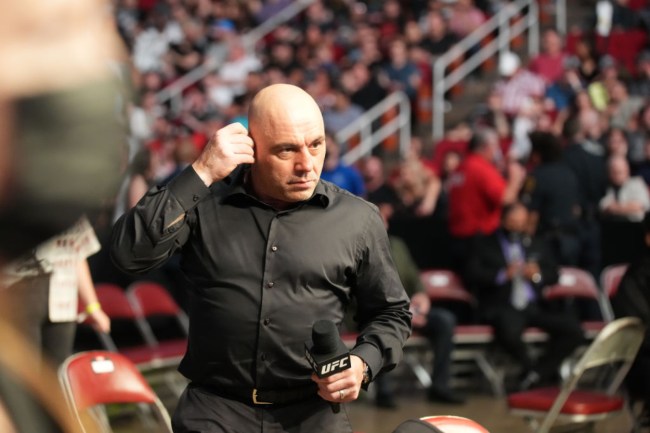 Joe Rogan tackled the latest controversies surrounding him head-on during a stand-up show in Austin, Texas on Tuesday night. Rogan mocked himself, and others, as he addressed the video of himself using the n-word on his podcast and his widely criticized takes regarding the virus and vaccines.

When it comes to his use of the n-word, Rogan admitted that he used to say the word in context, but hasn’t said the word in years.

“I used to say it if [I was talking about] a Richard Pryor bit or something, I would say it in context,” Rogan said, according to Hollywood Reporter. “Somebody made a compilation of every time I said that word over 14 years and they put it on YouTube, and it turned out that was racist as f–k. Even to me!

“I haven’t used that word in years,” he continued. “But it’s kind of weird people will get really mad if you use that weird and tweet about it on a phone that’s made by slaves,” before going into a bit about labor conditions at overseas cell phone factories.

Rogan Says Nobody Should Be Taking Advice From Him

Rogan’s’ use of the n-word is the newest controversy he’s found himself in, but there are still plenty of people critical of his opinions regarding the virus and the vaccine. He tackled that topic as well mocking both himself and anyone out there that’s legitimately taking his advice.

“I talk sh-t for a living, that’s why this is so baffling to me,” he said. “If you’re taking vaccine advice from me, is that really my fault? What dumb sh-t were you about to do when my stupid idea sounded better? ‘You know that dude who made people eat animal di-ks on TV? How does he feel about medicine?’ If you want my advice, don’t take my advice.”

Spotify, the exclusive home of ‘The Joe Rogan Experience’, has found itself in the crosshairs of Rogan’s controversies. Since signing Rogan in 2020, the streaming giant has scrubbed 113 episodes of the podcast due to uproar from both employees and the public.

With Rogan’s future with Spotify seemingly in question, the self-described “YouTube alternative” Rumble has offered him $100 million to move his show over to their platform.