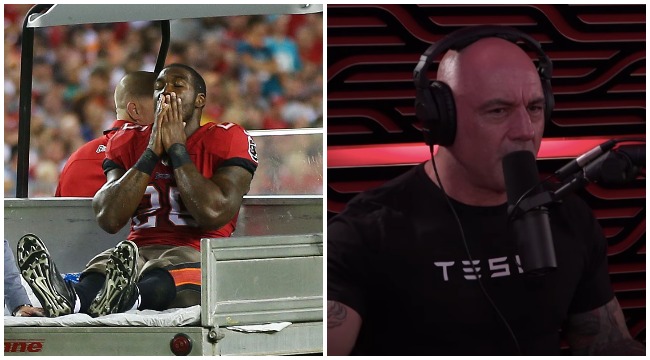 Attorney and scholar Brian Muraresku and journalist Graham Hancock appeared on the Joe Rogan Experience Wednesday to give the most convincing case for the merits of psychedelics you’ve ever heard.

Clinical research is already advancing in the most prestigious universities in America, as psilocybin is tested for a host of different disorders: from depression to anxiety to end of life distress.

Muraresku—who has never tried psychedelics but wrote a book titled The Immortality Key, which examines the essential role psychedelics have played in the origins of Western civilization—believes that within the next five years, the FDA will approve the drugs for specified conditions.

He also brought up his association with former NFL running back Mike James, who got hooked on opioids following a severe ankle injury he sustained in 2013. 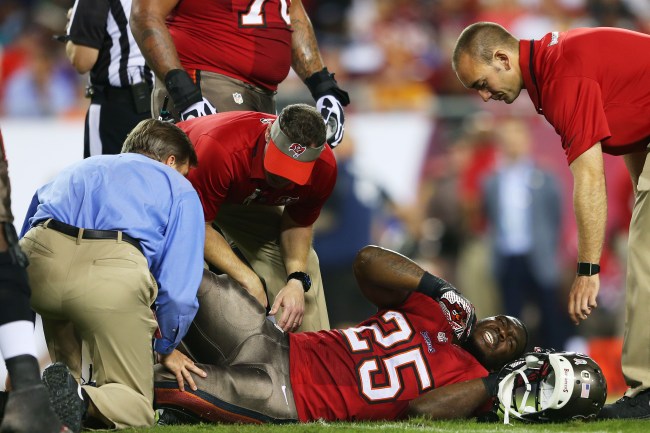 In 2018, with Muraresku as his lawyer, James filed a therapeutic use exemption (TUE) with the NFL to allow him to use cannabis to ween off his addiction to a much more dangerous substance that is not only legal, but victimizes NFL players at a four-times higher rate than the general population.

The exemption was roundly denied by the NFL.

“I represented a guy named Mike James, an NFL player who we believe was the first athlete in the U.S. to seek a therapeutic use exemption from the NFL to get off his opioids and use cannabis instead.

And we were there at 51st and Park Avenue, at NFL headquarters, arbitrating with the NFL to try to get him a cannabis supply. And he lost.

And he was fined six figures in the process, and he left the league because of it.”

The downfall of James’ career is reflected in the views Roger Goodell expressed in 2017, words that have already aged very poorly.

“I think you still have to look at a lot of aspects of marijuana use,” Goodell said on Mike and Mike in 2017. “Is it something that can be negative to the health of our players? Listen, you’re ingesting smoke, so that’s not usually a very positive thing that people would say. It does have an addictive nature. There are a lot of compounds in marijuana that may not be healthy for the players long term. All of those things have to be considered.”

In April 2020, the NFL became one of the last pro leagues to ease its stance on marijuana by way of a new labor agreement. Players who now test positive for marijuana will no longer be suspended and testing will be limited to the first two weeks of training camp rather than from April to August.

Mike James James is now the co-chair of the Doctors for Cannabis Regulation NFL steering committee.