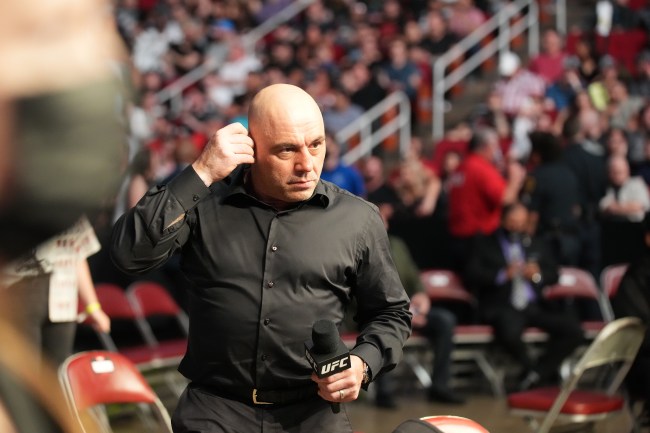 Popular podcast host Joe Rogan has seen himself at the center of controversy many times throughout his career but he won’t back down to critics and he explained why in his most recent podcast.

Since joining Spotify, Rogan has faced intense backlash, so much so that Spotify employees threatened to quit if they didn’t have editorial insight on his show because they felt some of his content was too controversial.

While speaking with the comedian Joe List on if you could make edgy comedy today, Rogan noted that “you can never be woke’ enough” and if you give into woke people’s demands it’ll eventually get to the point where “straight white men” won’t be allowed to talk.

You can never be ‘woke’ enough, that’s the problem,”. “It keeps going. It keeps going further and further and further down the line, and if you get to the point where you capitulate, where you agree to all these demands, it’ll eventually get to straight white men are not allowed to talk. Because it’s your privilege to express yourself when other people of color have been silenced throughout history.”

It will be, you’re not allowed to go outside. Because so many people were imprisoned for so many – I’m not joking, it really will get there. It’s that crazy.”

It sure does sound like you’ll never hear Joe Rogan apologize or back down from his opinions.