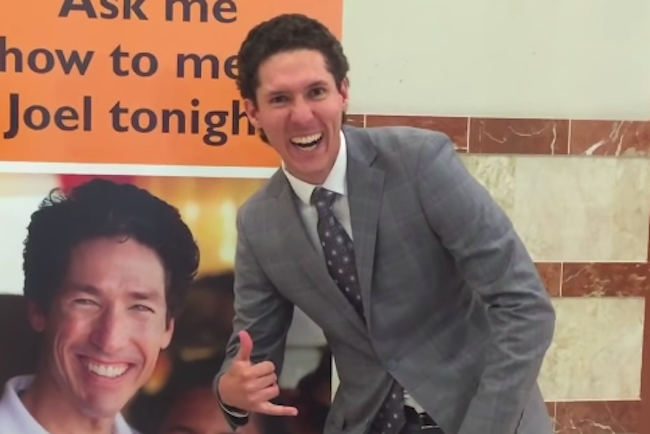 A few years ago, I heard someone say the best way to sneak into a place you’re not supposed to be is to put on a suit and act like you belong, and in 2014, I decided to put that to the test when I successfully infiltrated the NBA Draft before convincing a bunch of people that I’d been picked up by the Utah Jazz in the second round.

Over the course of the night, I consumed more shots of Jameson than I could count and was offered free drinks for life at a bar in the East Village (although I’ve never returned to see if they would honor their promise).

It’s safe to say the whole suit theory works pretty well, and if you need more proof, you don’t have to look any further than a recent video that was put together by our good friends Chad Goes Deep, the absolute legends who make city council meetings appointment viewing.

Chad and JT recently recruited the help of their buddy Strider Wilson, a consummate bro who also happens to look just like famed televangelist Joel Osteen.

Strider and the Party Bros decided to roll up to an event in search of getting an autograph from the celebrity pastor, but as you’ll soon see, things went off the rails pretty quickly thanks in no small part to some overzealous security guards who—unlike the trio—had absolutely no chill.

From one fellow infiltrator to another: Well done, Strider. Very well done.