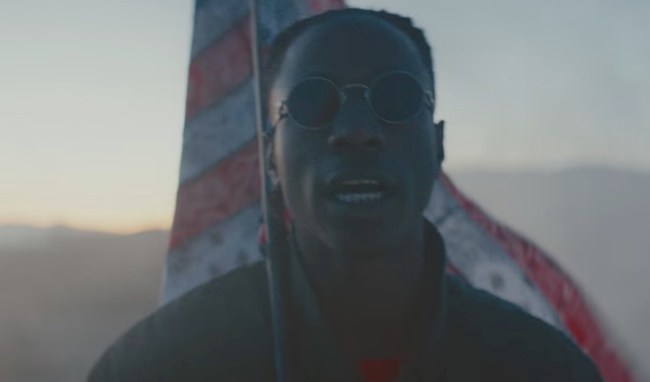 A rapper’s biggest source of pride and marketability is his perceived invincibility. 50 Cent was shot nine times proving that he is superhuman and also a large group of people truly believe he doesn’t deserve to live. Brooklyn rapper Joey Bada$$ wanted to up his street red during the solar eclipse by staring directly into the sun. Joey vs. The Sun — who ya got? Odds are comparable to the Mayweather/McGregor fight. Experts warned that staring into the sun could cause solar keratitis, which is similar to sunburn of the cornea, and worse, solar retinopathy, which is when the sun burns a hole in the retinal tissues. Science, Shmience. Joey seemed confident.

Am I crazy for watching the eclipse today w no glasses? I've sungazed before and afterwards saw colors for a whole day. I didn't die tho

This ain't the first solar eclipse and I'm pretty sure our ancestors ain't have no fancy eyewear. Also pretty sure they ain't all go blind.

Welp, shortly after Bada$$ tweeted about staring directly into the sun, he announced that due to unforeseen circumstances he’d be canceling his upcoming tour concerts, causing fans to connect the dots.

Due to unforeseen circumstances, my Cleveland, Chicago & Toronto shows on the #EverybodyTour are cancelled.

It certainly looks like the reason for canceling a series of concerts that fans paid hundreds of thousands of dollars for was because its performer stared at the sun for too long. Welcome to showbiz in 2017.

Those glasses are tight as shit. Before you know it, Kayne will be selling them for your first born sun. See what I did there? Ok, time to go.