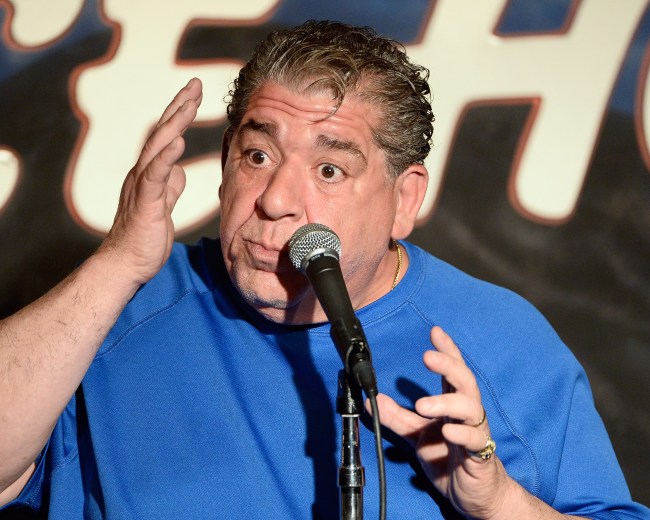 Anyone who is familiar with even a sparknotes summary of Joey Coco Diaz knows that you have a better chance getting him to go vegan than you do getting him to kowtow to public outcry.

Joey found his mother dead at 16. His dad died when he was three. He was passed around by four families during his teenage years. Served 16 months for kidnapping and aggravated robbery. He’s reached Artie Lange levels of cocaine abuse before quitting before his cat ingested the stuff. Cocaine is the only ‘C’ word that makes his heart tick upward, the possibility of Cancellation evidently does not.

The 57-year-old comedian and Joe Rogan Experience frequenter came under fire this week after a 2011 clip of him claiming to coerce female comedians for sexual favors in exchange for stage time at a local comedy club went viral. The outrage toward Diaz, the man who admitted to the tactic, paled in comparison to the blowback Rogan received for laughing, which makes total sense in a world that makes none.

At the time of this writing, Rogan has yet to address The Very Big Problem Of Him Flippantly Laughing At His Friend’s Self-Incrimination A Decade Ago, but Diaz hasn’t been shy about poking the hornets nest.

Its Monday, the story is 23 years old, the video is ten years old and at the end of the day you've all sucked a cock for a dinner……stop the hypocrisy……….

I'd like to thank the Church for having my back…….They can all suck our cocks………Much love!!!

If they couldn't stop me then now that I'm 57……I really don't give a Frenchman's fuck…. https://t.co/anOoam3rJ7

Pouring gas on the fire is a tactic seldom used by those threatened with cancellation. Joey is doubling, tripling, quadrupling down on the guy his new haters hoped he’d be, playing into their hands while also controlling the narrative. Re-writing the cancel book.

Joey Diaz is by far one of the nicest people I've met in comedy. Period. Nothing but a class act. Anyone who knows him will tell you that. Whenever I've opened for him I always felt respected, heard, safe, and looked out for. Nothing but good things to say about @madflavor LOVE U

I’ve known @madflavor for a long time. He babysat my kids and I would trust him with my life. I knew the woman in the story and was out with him most nights at @TheComedyStore during this period of time. The story he told on a podcast, from 10 years ago, is half true. First, he..

2nd, they were both drug addicts who came out of the bathroom together on many nights. This was no secret to anyone. Not sure what they were talking about on the pod that led up to this but, Joey told this story, sitting with his friends, at a time when his career was

Judgement you want on him for the story. Honestly, he doesn’t give a fuck and told me not to worry about sending anything out but I couldn’t stay silent any longer. Joey will be the first to tell you that he is a flawed dude who isn’t proud of everything he’s done but, before…

In this case, you’ve got the wrong guy. I know some of you won’t be happy no matter what I say and that’s okay. If you want to question why he chose to go there with that story, I get it. If it makes you mad, I get that, too. But, the “outrage” is misplaced…..