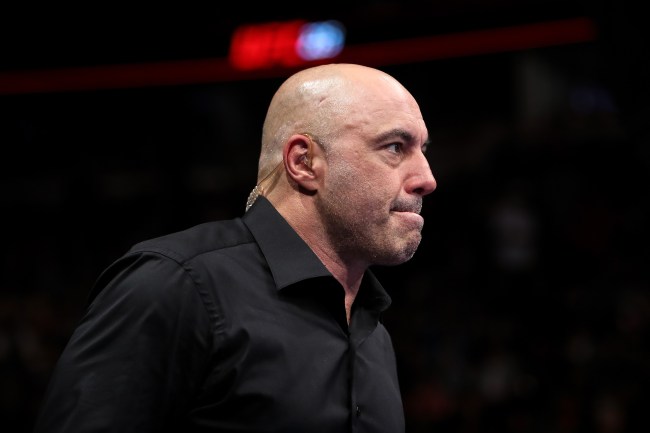 Joe Rogan is facing some intense scrutiny from social media users over an old podcast clip from 2011 that resurfaced on Friday night.

The clip shows Rogan laughing while his longtime friend and guest Joey ‘Coco Diaz’ brags about coercing female comedians for sexual favors in exchange for stage time at a local comedy club. The clip resurfaced just days after comedian Chris D’elia was accused of making sexual advances towards underage girls on social media.

LA comedy scene is full of creeps. Chris D'elia isn't the first and he isn't gonna be the last. LA comics have dirt on each other and that's why they are always afraid to call one another out. @joerogan knows about most of it and still gives them a huge platform. Thread 1/7

Joey Diaz “You think I’m fucking kidding? Yeah, you’ve got to suck my dick to get up to [venue] the Belly Room. I’ll make a call for you. That’s the fucking gateway into Hollywood, everybody knows that.”

Joe Rogan: “How many girls did you have do that?”

The clip resurfaced on Twitter on the 17th but gained steam on Friday when it was reshared by several prominent users on Twitter.

This shit makes me physically sick. Chris D'Elia is not the first awful creep and he won't be the last while we laugh along and pretend this is OK. Women belong in comedy as comedians and fans and don't deserve to be preyed upon. https://t.co/iQP4LHuV8o

I can safely say. That my response to someone admitting to me that they sexually assaulted at least 20 people, would not be to laugh with them. https://t.co/NgbzMtgdq9

And Joe Rogan laughs his ass off when the guy says he’s done it to at least 20 women.

Rogan doesn’t have one word to say against this. It’s hilarious to him. Ha ha you raped so many ladies!

And you want to tell me this man should be part of our political discourse. https://t.co/davmZsrkXy

Rogan just got a deal with Spotify worth over $100 million @Spotify do you condone this? https://t.co/UAbPwONBpV

I’ve watched this clip 30 times & honestly I’m glad that @madflavor admits to forcing comics to give him blow jobs at @TheComedyStore (The Belly Room) in order to get stage time. He is so excited & happy to share that he “broke this woman” & 20 others. So let’s RT & tell everyone https://t.co/1u9SrGoFuT

Its not just Joey Diaz its the fucking laughter. https://t.co/LtLKk4l7cZ

Joe Rogan is and has always been garbage.