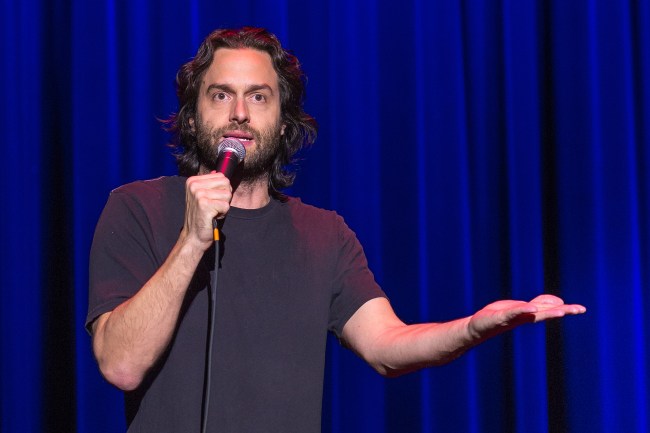 Chris D’Elia has spoken following a Tuesday night tweet storm that pushed the 40-year-old comedian to the number one trending story in American, which as we know, is rarely ever a good thing.

A woman named Simone posted a series of email exchanges with D’Elia from July of 2014, claiming the comedian tried “grooming” her when she was just 16 years old and he was in his mid-30s. Other women, some as young as 16 at the time of their alleged encounters, subsequently came out anonymously accusing him of sending inappropriate messages and attempting to solicit nude photos from them. No alleged victim mentioned anything about police reports filed or legal action taken against Chris.

imagine getting owned by a 16 year old pic.twitter.com/wKTSx6ie5S

The New Jersey native released a statement to TMZ denying wrongdoing in the allegations waged against him.

“I know I have said and done things that might have offended people during my career, but I have never knowingly pursued any underage women at any point.” Chris goes on to say, “All of my relationships have been both legal and consensual and I have never met or exchanged any inappropriate photos with the people who have tweeted about me.”

He finishes by saying, “That being said, I really am truly sorry. I was a dumb guy who ABSOLUTELY let myself get caught up in my lifestyle. That’s MY fault. I own it. I’ve been reflecting on this for some time now and I promise I will continue to do better.”

D’Elia’s statement comes in the wake of his name taking an absolute beating online.

Whatever is going on with Chris D’Elia isn’t for me to comment on, but I do find this video funny on a new level now. pic.twitter.com/kryBVEymH3

Bro! Watch this. Theo straight up put Chris D’elia on blast. He knew something. This is wild. #chrisDelia #ManOnFire #theovon #PEDOGATE pic.twitter.com/08caHJLupc

D’Elia has famously never consumed alcohol or drugs, which is a claim that is equally relevant and irrelevant and something I’ve been struggling to accept for about a year now given D’Elia’s look/bombastic personality.