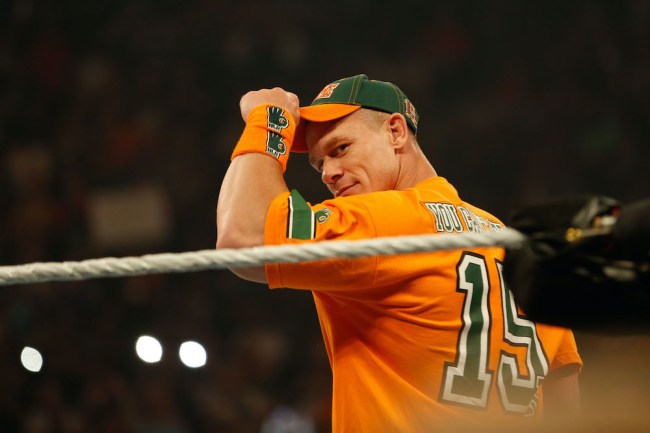 John Cena has a huge heart when it comes to giving up his time for good causes.

The former world champion turned movie star has spent the better part of the last 15 years doing charity work on behalf of the WWE.

This time, Cena is donating more than just time – the 43-year-old is matching a $1M donation to Black Lives Matter donated to the organization by the BTS and Big Hit Entertainment.

Over the weekend, the BTS fan-based charity fundraising group “One In An ARMY” launched a campaign to raise funds in support of the Black Lives Matter movement after the K-pop group donated $1 million.

In the first 24 hours of the #MatchAMillion movement, the fan group exceeded $817,000, according to a press release. The group reached their goal by Sunday night and the band matched the $1M donation.

It's really amazing to see so many of you coming together to support #BlackLivesMatter. Thank you so much to everyone who donated, shared, used the hastag and helped by any means to make this possible! pic.twitter.com/FqUNfsWsIz

Cena was one of the first to jump on board and join the Army’s efforts.

Cena went on to explain his reasons behind the donation.

Change is never easy because it takes us admitting that our efforts and methods may be flawed to a point of severe distortion. Be brave and open minded in these moments. Welcome ideas and limit excuses. Change is uncomfortable but can yield much more joy for all in the long run.

“Black people all over the world are in pain at this moment from the trauma of centuries of oppression,” explained Kailee Scales, managing director for Black Lives Matter in an interview with CNN. “We are moved by the generosity of BTS and allies all over the world who stand in solidarity in the fight for Black lives.”