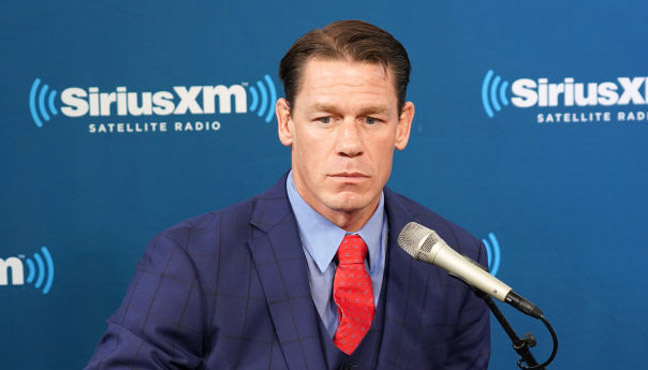 While he may have the hair for the role now, does anyone really want to see John Cena take over the role of Captain America from Chris Evans?

The reason for the question is because, after Cena dropped a cryptic Instagram post (that’s the only kind of posts he makes, by the way) showing Captain America’s shield and no caption, people on the internet were thrown into a bit of a tizzy.

Now, we already know that Chris Evans is done (we think) playing Steve Rogers after the events of Avengers 4: The One Where Thanos’s Snap Doesn’t Count, but John Cena? Aren’t Falcon and Winter Soldier in line to wear the costume before some new guy?

While Cena has been doing his best to become the next Rock, appearing in films like Daddy’s Home 2, Ferdinand, and the upcoming Bumblebee, scoring a major role in the Marvel Cinematic Universe would be a next-level acting role for the 16-time WWE world champion.

Unfortunately for him, not everyone would be on board for such a move, despite Cena’s all-American persona.

I’m a life long Marvel fan but these John Cena rumours kill me. Yes he’s a talented actor but Captain America should either be Falcon or Bucky next like it is in the comics. Please don’t ruin a great arc by trying to cash in with washed up wrestlers.

As much respect I have for John Cena, he could look good in the suit but ima have to pass

19, John Cena as the next Captain America is genuinely one of the worst ideas I've ever heard.

I think I too am going to have to lean towards saying “no” to Cena taking over the role of The First Avenger.

Also… U.S Agent? Now that I could see.

If this frees @ChrisEvans up to be Johnny Storm again, I’m all in 😂😂😂

So much to digest. Thanks, Cena.