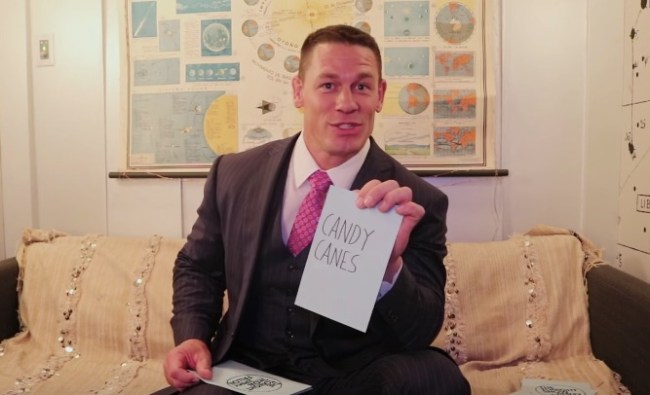 John Cena appeared as a guest on The Tonight Show Starring Jimmy Fallon last night. Before he met Jimmy on stage for an interview he had a camera film him back in the dressing room where John performed ‘Random Object Jingles With John Cena’.

The pitch here was John Cena is a ‘Jingle Man’ who can come up with jingles on the spot for random objects. The only problem is that John Cena might be the only person on the planet I’ve come across who has a worse singing voice than I do. Seriously, it’s that f’n bad. Bad to the point that it crossed that threshold of ‘so bad it’s good’ and reached a level of ‘who the hell let this man sing on TV?’

I have one of the worst singing voices on the planet. This is well-known to anyone who has ever demanded I go to karaoke with them. It typically goes down something like this (after multiple adult beverages):

I’m telling you all of this because I want you bros to recognize that 1) there are plenty of shitty singers in the world like myself and 2) karaoke is actually one of the weakest, lamest, and most basic drunk activities on the planet. There are literally countless better activities you can engage in when drinking. Just keep that in mind next time someone mentions ‘karaoke’ as a possible nightcap after the bars.