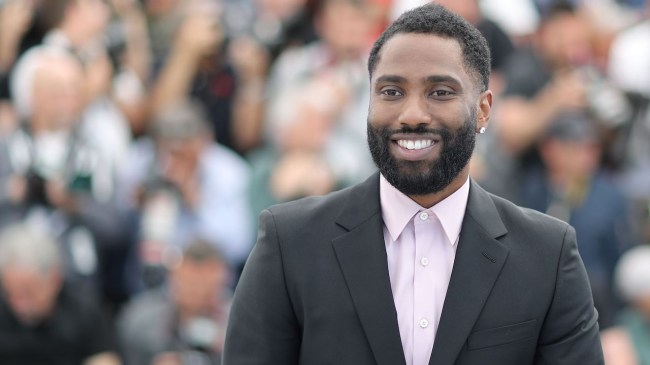 With just under two years until its release and production set to begin in 2020, The Batman  — the DCEU’s reboot of Batman — is becoming more of a reality and less of a distant thought.

Set to be released on June 25, 2021, The Batman — which is being helmed by Dawn of the Planet of the Apes director Matt Reeves — will star Robert Pattinson in the role of Bruce Wayne / Batman.

However, outside of Pattinson’s casting as the Caped Crusader, not much has been known about what shape the rest of the cast will take and who will be filling out said cast. Until now.

According to a report from Geeks WorldWide, BlacKkKlansman star John David Washington (son of Denzel) is being considered for the role of Harvey Dent / Two-Face in the 2021 blockbuster.

Washington has been on a torrid rise in recent years, becoming one of Hollywood’s most sought-after talents in the process.

After making his acting debut in the HBO series Ballers alongside The Rock, Washington went on to star in four films in 2018: Monsters and Men, All Rise, The Old Man & the Gun, and BlacKKKlansman. Washington received critical acclaim for his role of Detective Ron Stallworth in BlacKKKlansman, as he was nominated at both the Golden Globe Awards and the Screen Actors Guild Awards.

Given the trajectory of Washington’s acting career thus far, a jump into franchise filmmaking as an iconic villain seems like a logical next step, especially if its a role as layered as Harvey Dent.

Washington will have big shoes to fill, as Harvey Dent / Two-Face is one of Batman’s most frequent foes on film, having already been portrayed by three different actors: Billy Dee Williams in Batman, Tommy Lee Jones in Batman Forever, and Aaron Eckhart in The Dark Knight.

Given that we have previously reported that The Batman will feature Riddler, Penguin, Catwoman, and Firefly, as the “villains”, it could be possible that Washington is being cast to only portray stand-up Gotham District Attorney Harvey Dent… for now.