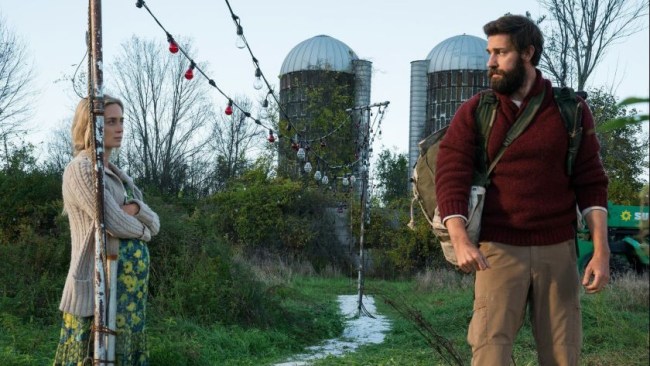 When you consider that his career essentially began as the goofy yet handsome everyman on The Office, the trajectory of John Krasinski’s career has been nothing short of astounding.

Ever since wrapping up The Office back in 2013, Krasinski has not only turned into an action star — he’s starred in Michael Bay’s 13 Hours and the Amazon series Jack Ryan — but has become an acclaimed horror director, as his debut film A Quiet Place received widespread praise from both fans and critics alike.

Now, just two years after A Quiet Place hit theaters, a sequel is on the way, this time swapping Cillian Murphy for Krasinski. Krasinski still directed the film, though, and according to the man himself, he has already had some ideas for a potential third film in the franchise.

“It’s interesting, I genuinely hadn’t thought about a second one when I was doing the first one. However, I really had these questions while I was doing it. I put the fires out in the distance in the first one, and I always thought to myself, ‘Wouldn’t it be cool if we got to explore where those fires lead to? Who’s on the other end of those fires?’ But I never thought that there would be a sequel. So then when I actually came around to writing the sequel, I started with the fires. And so this time, I think when my brain started wandering of questions of what would this mean later on, I started to write down notes in case I could prepare myself for a third one.” [via Collider]

Krasinski is certainly in-demand these days, as he’s not only reportedly in talks to direct a monster movie for Universal, but he’s openly expressed interest in both starring in Fantastic Four and directing a Marvel Cinematic Universe movie.

A Quiet Place Part II is currently scheduled to hit theaters in the United States on Thursday, March 19.