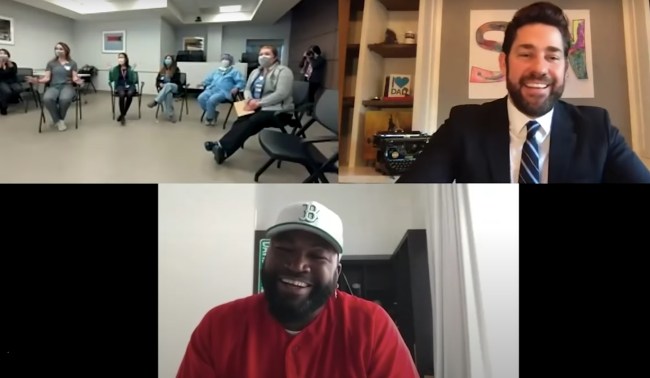 There are a number of actors out there who can spend their entire career doing everything in their power to build an incredibly diverse portfolio but who will always be associated with one particular role that they’ll never be able to escape the shadow of no matter how hard they try.

For example, I was at an event a couple of months ago where Nick Offerman was in attendance and I spent the entire day leading up to it repeatedly telling myself “His name is not Ron” in order to avoid one of those moments that will keep you up when you’re trying to sleep for the rest of your life.

He’s far from the only one, as Daniel Radcliffe will always be Harry Potter despite his attempt to rebrand as “Naked Horse Guy,” everyone on Friends is destined to be remembered as the people they played (although they’re probably fine with it based on the royalties), and while his character managed to escape a Nazi compound at the end of Breaking Bad, I don’t see Aaron Paul being able to distance himself from Jesse at any point in the near future.

With the exception of Steve Carrell, I also think basically everyone who was on The Office is aware their role will be their defining one to a point where a lot of people will never be able to separate their actual personality from that of the corporate drone they portrayed.

I’ll fully admit that I’m guilty of this—especially when it comes to John Krasinski.

Jim has branched out a bit since the show ended by taking the Jack Ryan torch from Chris Pine and both directing and starring in A Quiet Place, but when I envision what his personal life is like, I can’t help but imagine him as an affable goofball who’s constantly pulling pranks on Emily Blunt.

However, over the past couple of weeks, Krasinski has shown that he’s just as likable in real life as he was in the series thanks to Some Good News, a web series he recently launched in an attempt to raise our spirits by giving us an interview with the man who played Michael Scott and surprising a Hamilton fan by assembling the cast for a virtual performance.

Krasinski grew up just outside of Boston, and in his latest episode, he decided to give healthcare workers at Beth Israel one hell of a surprise during a video meeting. Getting to chat with him is undoubtedly cool by itself but the Krasinator took things to the next level when he had David Ortiz join him to tell them that the Red Sox donated four tickets for a lifetime worth of games that will be reserved for employees at the hospital.

Things kick off around the 10:10 point in the video but the entire thing is worth a watch if you want a brief break from reality.