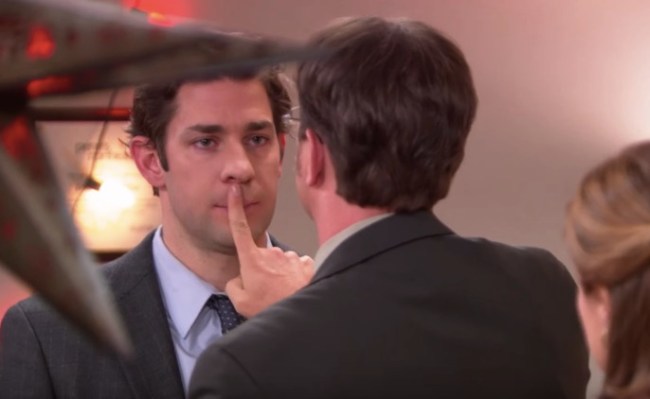 Rumors of a reunion for NBC’s The Office have been swirling for months. First, we heard that there was a reboot in the works. Then there was talk that The Office was coming back but with all-new characters. Now, it seems like everyone’s unsure if a reboot and/or reunion for The Office is on the books but there’s certainly a lot of interest.

The chances of a reunion happening just gained more steam when John Krasinski who played Jim on The Office said he’d “totally do it” if NBC got it together. Krasinski also went on to talk about how he’d like to see a potential reunion for The Office executed based on the success of the show’s British counterpart doing a one-off special (via AVClub):

Krasinski thinks NBC should take some inspiration from the original British Office and do a one-off Christmas special that sees what Creed, Kevin, Phyllis, and all of your other favorite characters have been up to since the finale. “I love that idea, coming back [and] finding out where everybody is,” Krasinksi said, “I would totally be down for that.” (via)

At this point, I’d be genuinely shocked if The Office doesn’t get some sort of a reboot or reunion in the next three years. After Roseanne crushed the ratings in its Season 10 return, every network is going to be clamoring to reboot old shows and no amount of money will stop them from doing it regardless of how expensive the actor’s salary requirements are now. I feel like we can pretty much bank on this happening in the near future. (h/t AVClub)