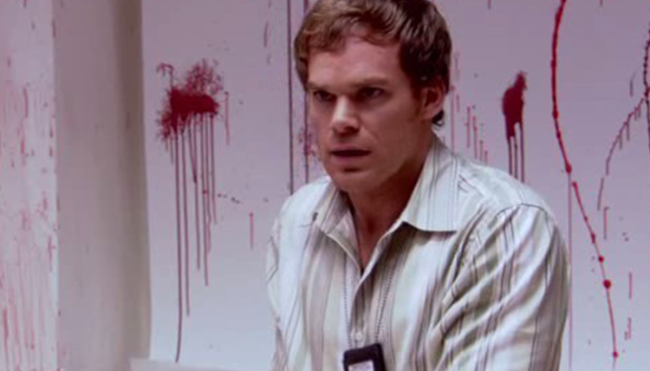 It’s hard to believe it’s been over a decade since Dexter came to an end after it capped off its fourth season with a shocking cliffhanger that left fans with many questions that totally, definitely weren’t answered over the course of four more that culminated with an unsatisfying ending involving the show’s main character starting a new life as a lumberjack or (something equally stupid).

Much like it’s hard to tell anyone you don’t secretly hate to get emotionally invested in Game of Thrones if they’ve never seen it, it would be difficult to in good conscience suggest anyone do the same for Dexter based on how the series ultimately played out. However, I maintain it was a very solid show all the way up until the end of the aforementioned finale that probably should’ve been the last episode.

Showtime might not be able to erase everything that unfolded after that point from our collective memory, but last year, the network revealed its plans to attempt to get back in the good graces of former fans by giving Dexter the revival treatment.

Now, Deadline reports it’s giving disgruntled viewers some incentive to tune in for this shot at redemption by tapping John Lithgow to reprise his role as Arthur Mitchell, better known as the truly unnerving “Trinity Killer” who terrorized cities around the United States before bringing his murdering talents to Miami.

The last couple of years of the 2000s were a huge time for actors who subverted former roles as fathers on lighthearted sitcoms by playing a family man with a dark secret, as the 3rd Rock from the Sun star made the transition around a year after Bryan Cranston did the same in Breaking Bad. There’s no arguing the man who played the dad on Malcolm in the Middle absolutely stuck the landing with his pivot, but Lithgow’s chilling performance of the character inspired by the BTK Killer is just as riveting (there’s a reason he nabbed an Emmy and a Golden Globe for it).

When you consider Dexter ultimately dispatched the Trinity Killer with the claw end of a hammer, it’s unclear exactly what role he’ll be playing in the revival. When you consider Lithgow is only slated to be on set for a single day of filming, it seems like his character won’t be super integral to the plot, but I’d be lying if I said that’s not enough to pique my interest in the Dexter revival.