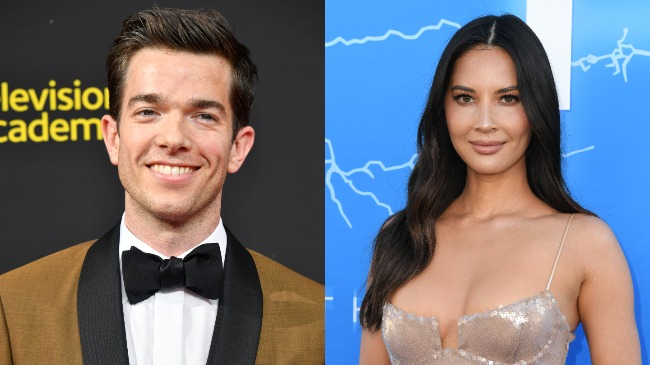 John Mulaney is like The Rock, Betty White, or free samples at Costco—impossible to hate and a staple in American culture.

But it pains me to say that after a decade of Mulaney fandom, I’m stepping off the ride. People has reported that the 38-year-old is now dating my celebrity crush, actress and goddess Olivia Munn, just days after emerging from his 60-day rehab for alcohol and cocaine.

“This is very new, they’re taking it slowly,” a source close to Mulaney adds. “They met at church in Los Angeles.”

It appears Munn has been laying the groundwork for quite some time, most recently sending him well wishes before checking into rehab.

Sending SO MUCH love and support to John Mulaney. You got this. ❤️⚡️

The pair reportedly met at Seth Myers’ wedding to wife Alexi Ashe in Martha’s Vineyard in 2013, when Munn was still with Will Forte and Mulaney was engaged to new ex Anna Marie Tendler, who is reportedly “heartbroken” over the divorce news.

In a 2015 HuffPost Live interview, Munn talked about being “obsessed” with the comedian.

“We were at a wedding together and I was like ‘Oh my gosh, do you and your fiancé want to go have dinner or something and go hang out?” she said.

“At first it was cool, and then I kept going up to him at the wedding like ‘So, you having fun?’” she said. “I was just so obsessed with hanging out with and talking with him.”

Munn added that she emailed the then-engaged comic but he never emailed back. “I might’ve got the wrong email — probably. That’s what I tell myself,” she said.

I’d imagine that several years of cat-and-mouse heightens the, um, tension. John, you may want to get yourself a helmet and a mop.