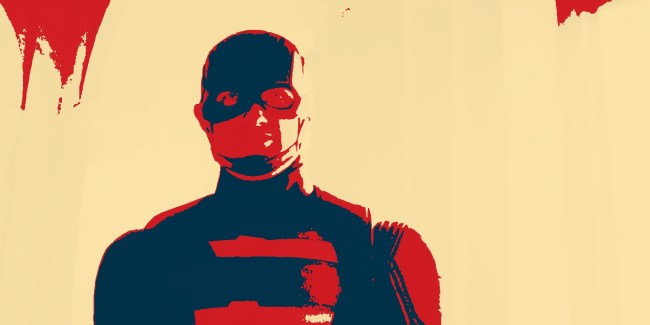 For all of the plaudits and praise hurled at the Marvel Cinematic Universe over the last decade-plus, if there’s one aspect of the franchise that fails to live up to its own high standards, it’s the MCU’s villains.

From Iron Man 2’s Whiplash to Thor: The Dark World’s Malekith, from Doctor Strange’s Dormammu (a glowing pair of purple eyes that wanted to absorb our dimension into his, or something) to Ant-Man’s Darren Cross, the standard MCU baddie tends to be more frills than thrills, more shock than awe.

That’s not to say that the Marvel Cinematic Universe is completely bereft of compelling villainous characters, as there have been one-offs such as Adrian Toomes and Killmonger, and mainstays such as Loki and Thanos, that have lived up to the epic nature of their heroic counterparts. And thanks to The Falcon and the Winter Soldier, that list of MCU villains you-love-to-hate has grown with the introduction of John Walker, a.k.a. U.S. Agent, a.k.a. The Artist Formerly Known as Captain America.

What makes the John Walker character so gripping is that he leans into the moral ambiguity and the superhero gray area that the MCU has long shied away from. Sure, it’s implied that the Avengers were directly responsible for the death of Sokovians in Age of Ultron — fellow Falcon and Winter Soldier foe Zemo certainly made that clear in Captain America: Civil War— but it was never explicitly shown on screen the way in which Walker’s murder of a Flag Smasher was. And as Walker points out in his subsequent appearance in what appeared to be military court (give us the Marvel version of A Few Good Men, please and thank you), he was merely acting on the behalf of the United States government, carrying out the mission they sent him on, being the good soldier they taught him to be, that they turned him into. All John Walker knows is being a soldier.

That sense of abandonment expressed by Walker is a theme constantly explored in The Falcon and the Winter Soldier, as the series aimed to highlight how our society tends to use and abuse our heroes, tossing them to the scrap heap after they’ve served their purpose. Think of Sam Wilson’s inability to get a bank loan and Isaiah Bradley’s literal erasure from existence. As the Joker once famously opined, “They need you right now, but when they don’t, they’ll cast you out like a leper.” In this moment, it’s hard not to feel for Walker as the flag he fought so furiously for tells him he’s no longer needed. Walker may be vilified for his actions, but sometimes, it takes someone willing to plunge their hands in the mud to get the dirty work done. Just ask Contessa Valentina Allegra de Fontain. There’s a reason Walker appears to be her first recruit for… whatever it is that she’s planning (please be The Thunderbolts).

Perhaps most importantly of all, though, is the fact that Walker is, depending on which perspective you ultimately take, right. And that, that right there, is what makes a compelling villain: the ability to see things from their point of view, to understand how they’re feeling, how they got there, and where they hope to go. Was Walker’s public execution of a Flag Smasher — one who ironically used to look up to Captain America — an optical and political mess? Absolutely. But in a vacuum, Walker was in the heat of battle on a government mission and used deadly force against an enemy terrorist. And when considering all of that, you realize that the lowest moment of Walker’s life — the stripping of his Captain America mantle — was also the most relatable: we’ve all failed, on scales large and small, and Walker’s public shaming at the hands of the government that raised him represents failure on both the micro and the macro. Not only did Walker fail to execute the mission — he failed to be Captain America, he failed to be who he always wanted to be.

And frankly, the Marvel Cinematic Universe is ready for that sort of anti-hero — the type of character that makes you question who you are based on your feelings about them. Those are the heroes and the stories that prove to be most compelling, as they challenge your preconceived notions of what it means to be a hero while also upending your expectations of what to come. Anti-heroes are unpredictable and incalculable. They’re driven by passion, whether it be borne out of love or out of rage. They’re more human. And that’s what Walker was long before the super-soldier serum and what he will remain so long as he’s in the MCU: human.