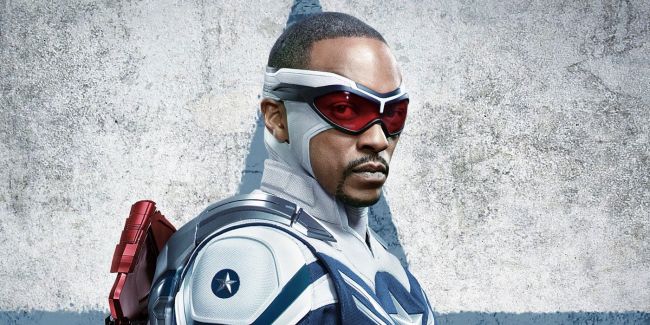 If you go back and listen to Ben Affleck’s interviews from when he was playing Batman in the DCEU, you’ll notice he would often discuss the appeal of being able to tell his kid that he’s Batman. I believe he even said he wore the costume to a couple of birthday parties. When you’re a kid, your dad is already your hero, let alone if he also happens to be a superhero.

The Falcon and the Winter Soldier star Anthony Mackie recently learned the perks of being a superhero dad, as his Marvel Cinematic Universe character Sam Wilson was finally given the mantle of Cap in the final moment of Avengers: Endgame. Obviously, though, things didn’t all go to plan immediately thereafter, with The Falcon and the Winter Soldier essentially building half of its plot around that very conflict: Sam giving up the shield that Steve gave him.

With season one now concluded and that conflict now resolved, and with the shield — not to mention a dope new Wakandan Captain America suit — safely back in Wilson’s grasp, a clip from an interview Mackie gave with Vanity Fair is going viral again. While discussing the most iconic roles of his career, Mackie also revealed his son’s delayed reaction to realizing that his Dad was now the iconic Captain America.

I’m at the theater with my son, and the movie ends, and my son goes: “Dad… are you Captain America?”

So, nothing. So all night, we’re hanging out, they get tired, take them home and put them to bed.

Anthony Mackie describes the story of his son belatedly processing the fact that his dad has become #CaptainAmerica at the end of 'Avengers: Endgame' 😭😭 pic.twitter.com/zRafWpNRyH

What’s awesome about all of this is that both Sam Wilson the character *and* Anthony Mackie the human being are both extremely easy to root for, making their much-deserved success all the more enjoyable. Mackie absolutely deserves to lead his own Captain America film and I cannot wait to see it.

You can watch Mackie’s full sit-down with Vanity Fair below: