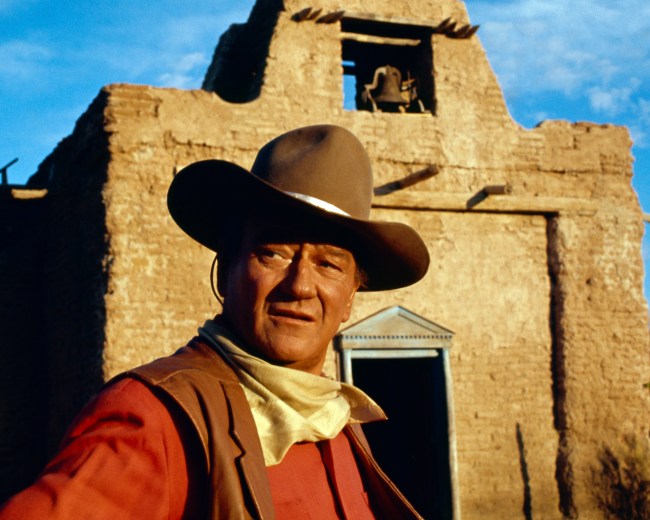 California Democrats in Orange County are calling for the county to rename John Wayne Airport and to remove all likenesses of Wayne from the airport due to the actor’s “racist and bigoted statements” made decades ago. 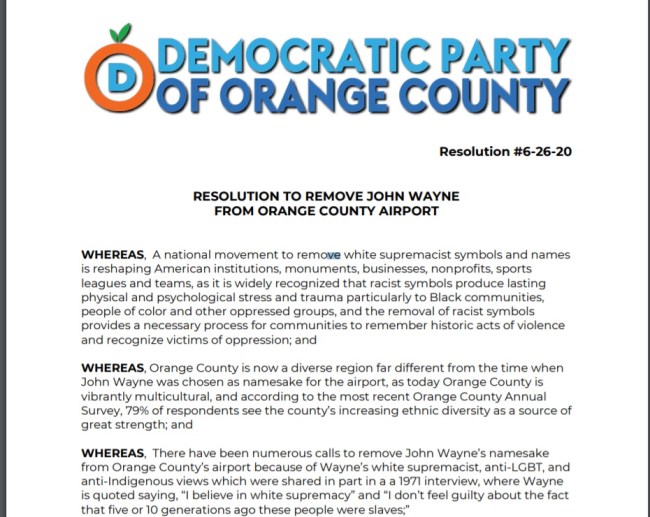 Ada Briceño, chair of the DPOC, says the move to rename the airport is similar to the efforts to rename U.S. military bases named after Confederate icons.

“There have been past efforts to get this done and now we’re putting our name and our backing into this to make sure there is a name change,”

“It is widely recognized that racist symbols produce lasting physical and psychological stress and trauma particularly to Black communities, people of color and other oppressed groups,”

The renewed calls to remove Wayne’s name from the airport come after a Twitter user shared an old Playboy interview in which Wayne said “I believe in white supremacy until the blacks are educated to a point of responsibility.”

Jesus fuck, John Wayne was a straight up piece of shit

“I believe in white supremacy until the blacks are educated to a point of responsibility.”

“I don’t feel guilty about the fact that five or 10 generations ago these people were slaves,”

“I had a black slave in The Alamo and I had a correct number of blacks in The Green Berets. If it’s supposed to be a black character, naturally I use a black actor,”. “But I don’t go as far as hunting for positions for them. I think the Hollywood studios are carrying their tokenism a little too far.”