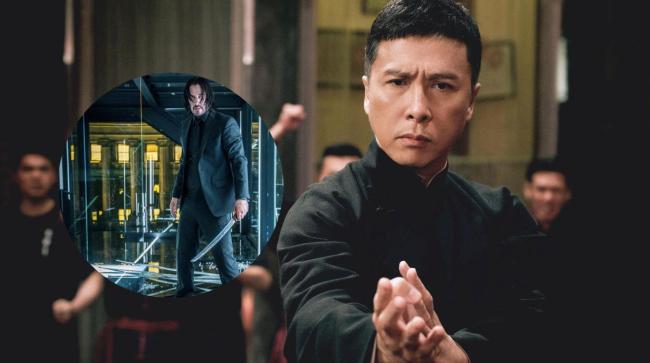 A couple of weeks ago — May 21 — was actually the day that was supposed to be Keanu Reeves Day. That’s right, before our entire existence was upended over a year ago, John Wick 4 AND The Matrix 4 were supposed to hit theaters on the same day: May 21, 2021.

Obviously, because our reality is not as lovely as the one in which Keanu Reeves Day exists, neither John Wick 4 nor The Matrix 4 have hit theaters yet. While The Matrix 4 — rumored to be titled The Matrix: Resurrections — has completed filming and is set to hit theaters in December, John Wick 4 hasn’t even begun production.

Filming on John Wick 4 is *finally* set to begin filming this month, though, and as a result, we’ve recently been treated to some absolutely tasty casting news, as reports indicate that Ip Man star and martial arts legend Donnie Yen will be joining the cast as one of John Wick’s allies.

“We are very lucky to have Donnie Yen join the franchise,” said director Chad Stahelski. “I am looking forward to working with him in this exciting new role.” [via Deadline]

John Wick 4 (not the official title) is set to begin production this month, with the film set to undergo an international shoot. The original plan was to shoot John Wick 5 consecutively with John Wick 4, however, the pandemic changed those plans. At this time, it’s unclear when John Wick 5 will begin production. John Wick 4 is currently scheduled to hit theaters in the United States on May 22, 2022.