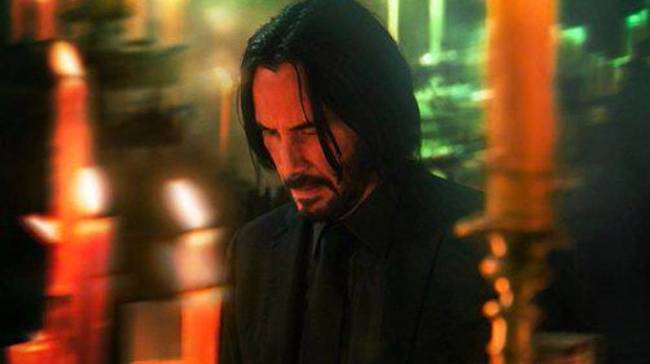 Earlier this summer, an oral history about the making of John Wick — titled They Shouldn’t Have Killed His Dog: The Complete Uncensored Ass-Kicking Oral History of John Wick, Gun Fu, and the New Age of Action — was released.

Towards the end of the book, following a detailed history of action movies and the gun-fu revolution brought on by the John Wick franchise, the producers of the film teased the upcoming fourth film, which certainly sounds like it’ll be the biggest and best in the franchise so far.

Speaking about the role that martial arts legend Donnie Yen plays, producer Basil Iwanyk teased that “for the first time, it feels like we have John fighting someone he can lose to.”

“For the first time, it feels like we have John fighting someone he can lose to”

(📖: ‘They Shouldn’t Have Killed His Dog’) pic.twitter.com/IiHTRbMN3h

For those familiar with Yen’s work — the Hong Kong cinema legend has most notably starred in the Ip-Man franchise and American films such as Rogue One and Mulan — Iwanyk’s comments should come as no surprise as the 59-year-old is one of the premier cinematic martial artists of his generation.

In addition to Chapter 4, production on the Ana de Armas-starring spinoff Ballerina is also set to begin production this year. Chapter 5, likely Reeves’ final time in the now-iconic role, will likely also begin filming sometime next year, although nothing has been confirmed.

RELATED: ‘John Wick’ Was Originally Written For A 75-Year-Old Man, With Clint Eastwood And Harrison Ford In Mind