Johnny Depp Warns That “No One Is Safe” From Cancel Culture 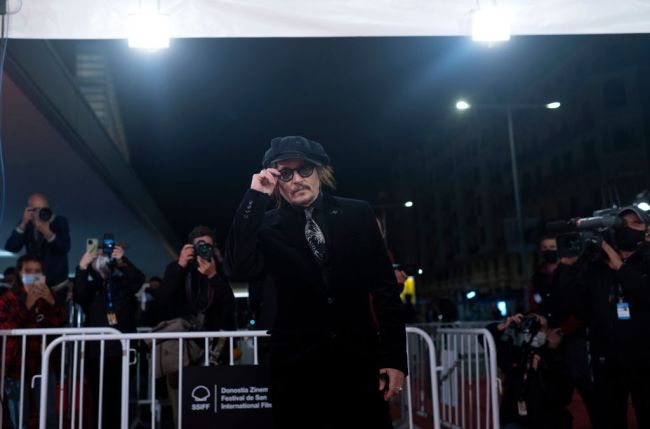 While Johnny Depp is being boycotted by Hollywood — or at least so he claims — the 58-year-old actor remains relevant abroad, as he was recently given the Donostia Award, a lifetime achievement honor that recognizes “outstanding contributions to the film world” at the San Sebastian Film Festival in Spain.

During a Q&A session with the press, Depp — who most recently starred as famed American photojournalist W. Eugene Smith in the film Minimata — discussed being blacklisted from Hollywood and how “cancel culture” has become “so far out of hand.”

RELATED: Johnny Depp Claims He Is Being “Boycotted” By Hollywood

“It’s a complex situation because it can be seen as an event in history that lasted for however long it lasted for, this cancel culture, or this instant rush to judgment based on, essentially, what amounts to polluted air that’s exhaled,” Depp told the press at the Spanish festival.

“Do I feel safe myself? Yea, I do. Because it’s important when you’re faced with something as mind-bogglingly bewildering, that sort of things hits you from many angles,” Depp continued. But the actor said cancel culture as a movement is “so far out of hand now that I can promise you that no one is safe. Not one of you. No one out that door. No one is safe, as long as someone is willing to say one sentence.” [via The Hollywood Reporter]

Depp’s comments come just days before Warner Bros. announced the title and release date of the third Fantastic Beasts film (Fantastic Beasts and the Secrets of Dumbledore will hit theaters on April 15, 2022), a project that Depp was removed from and replaced by Mads Mikkelsen following Depp’s legal trouble that saw a British court take the side of The Sun, an English tabloid that called Depp a “wife beater.”