Johnny Depp Claims He Is Being “Boycotted” By Hollywood 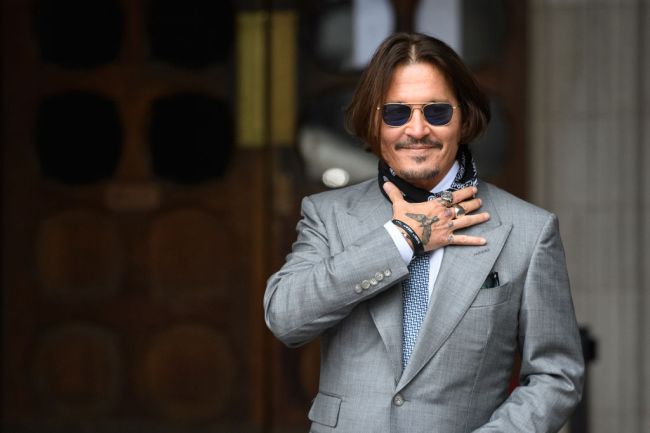 The fall of Johnny Depp and his career in recent years has been quite spectacular. Not spectacular in a positive way, but in the suddenness and severity of it all.

For essentially all of my life, Johnny Depp was one of the biggest stars in Hollywood. Certainly Top Five, especially following the first Pirates of the Caribbean, which is as close as it gets to a perfect movie.

Nevertheless, Depp’s career has fallen off a cliff in the 15ish years since: not only did his movies get worse and worse, but his personal life spiraled out of control, culminating in last year’s libel case against the British tabloid The Sun, which he lost. The Sun, who referred to Depp as a “wife beater”, was exonerated in November 2020 after a court decided that there was enough evidence to make such a claim about Depp.

As a result, Depp was dropped from Warner Bros’ Harry Potter prequel franchise Fantastic Beasts and replaced by Mads Mikkelsen. Furthermore, his most recent film Minamata has also been “buried” by MGM, at least according to its director Andrew Levitas, who sent a letter to the studio condemning them for not releasing the film.

During a recent interview with The Sunday Times, Depp spoke out about the state of the career, claiming that Hollywood is “boycotting” him:

“We looked these people in the eyeballs and promised we would not be exploitative,” Depp told The Times of the film and its subjects. “That the film would be respectful. I believe that we’ve kept our end of the bargain, but those who came in later should also maintain theirs.”

“Some films touch people,” Depp continued. “And this affects those in Minamata and people who experience similar things. And for anything…For Hollywood’s boycott of, erm, me? One man, one actor in an unpleasant and messy situation, over the last number of years?…But, you know, I’m moving towards where I need to go to make all that…to bring things to light.”

The end of Depp’s comment is particularly interesting, as there are still a large contingent of fans out there who believe that Depp is innocent and is, in fact, the victim of Amber Heard’s abuse and not vice versa.

In addition to the effort to rehabilitate Depp’s career, that belief has also manifested itself in the form of fans trying to get Amber Heard fired from Aquaman and the Lost Kingdom. Earlier this summer, producer Peter Safran addressed the social media campaign by Johnny Depp fans for Amber Heard’s removal from the Aquaman sequel, saying that the studio was not going to react to “pure fan pressure”, via Deadline:

“You gotta do what’s best for the movie. We felt that if it’s James Wan, and Jason Momoa, it should be Amber Heard. That’s really what it was,” Safran said.

“One is not unaware of what is going on in the Twitter-verse, but that doesn’t mean you have to react to it or take it as gospel or accede to their wishes,” said Safran, “You have to do what’s right for the film, and that’s really where we landed on it.”