Despite Filming Just ONE ‘Fantastic Beast 3’ Scene, Johnny Depp Is Being Paid His Full 8-Figure Salary 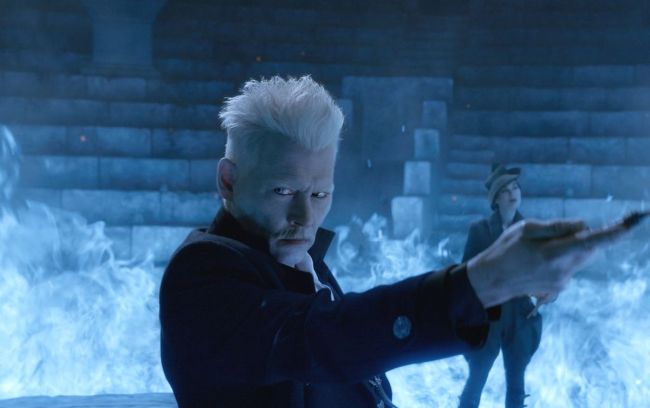 The Fantastic Beasts franchise needs to be taken out to pasture. This was the case before Johnny Depp “resigned” last week and before J.K. Rowling’s continued efforts to get herself canceled and it remains the case now.

Completely lacking the literal movie magic of the original Harry Potter franchise, the first two Fantastic Beasts movies are simply not good. That’s not necessarily Mensa-level analysis but this is also isn’t a franchise that requires that level of critical thought. Harry Potter movies are meant to entertain and these movies have failed in that regard thus far. My roommate is a huge Harry Potter nerd (although a fraudulent one because he’s one read, like, one of the books) and he can’t stand this movie, which is really all I need to know. It also failed my Nap Test, wherein if I fall asleep during a movie, it’s inherently not good.

But the movies make a lot of money, so obviously, Warner Bros. is forging on with the franchise as they plan to recast Depp’s role of Gellert Grindelwald. It’s not all bad news for Depp, though, as The Hollywood Reporter states that despite his resignation, he’s still getting paid his entire “eight-figure” salary due to something called a “pay-or-play contract”.

“Warner Bros. will be on the hook for Depp’s full salary, even though he only had shot one scene since production began on September 20 in London,” the report states. “Like many A-list stars, Depp had a so-called pay-or-play contract, which requires that he be fully compensated whether or not the film is made and even if it is recast.”

“As is common with stars of his level, there was no morality clause in his contract, even though it was amended with each new instalment. Technically, Depp was not fired by Warner Bros. but asked to resign. It is unclear what recourse it would have had if the star refused.”

Look, say what you will about Depp, the man clearly has a hell of an agent. At this time, Fantastic Beasts 3 is set to be released on July 15, 2022.