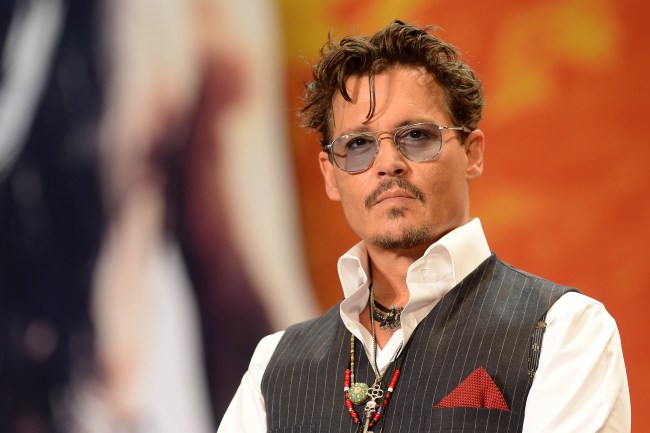 Whenever a new Batman franchise is launched, the question is not if the Joker will eventually play a role, but when he will appear and who will be playing him.

Similar to Christopher Nolan’s Batman Begins franchise, it seems as though the iconic Clown Prince of Crime is going to be sitting the first movie out, as The Batman already features a rogues gallery that includes the likes of Riddler, Penguin, and Catwoman.

However, just because Joker won’t be in The Batman does not mean he won’t be appearing in the franchise, as it can be argued that Joker is equally as popular as the Caped Crusader himself.

According to recent rumors, Warner Bros. next iteration of Joker may already be in motion, as there are rumors out there — which Kevin Smith addresses below — that Johnny Depp is being eyed to take over the Joker’s mantle.

“There’s a big rumor going around that says they’ve been talking to Johnny Depp about possibly playing The Joker in Matt Reeves’ The Batman movie,” Smith said on the Fatman Beyond podcast. “Now this is the first anyone’s even heard about there being a possibility of a Joker in The Batman movie, on the heels of the Joker which won Oscars and made over a billion dollars and Joaquin just locked that part town, but it looks like now this is an Oscar bait part. Who the f**k wouldn’t want to play The Joker? Heath Ledger won an Oscar, Joaquin Phoenix won an Oscar, and of all the actors out there that could possibly take a role of the dice on The Joker, Johnny Depp (is) actually kinda fucking perfect.”

Given that Pattinson is set to be portraying a younger, beginning-of-his-Batman-career Bruce Wayne, casting Depp — who is more than 20 years old than Pattinson — as Joker seems like a counterintuitive move.