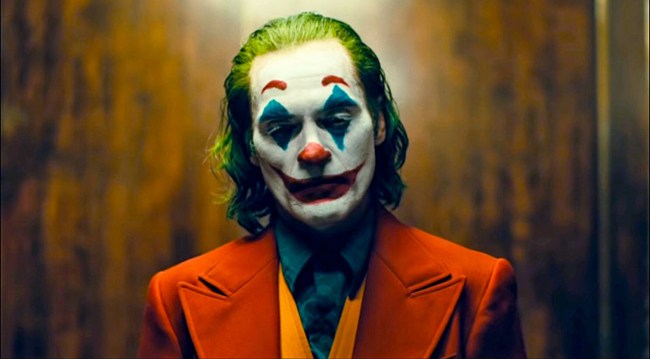 After years of speculation surrounding whether or not the project would come to fruition, Warner Bros. and Joker director Todd Phillips have officially announced that a sequel to the wildly successful 2019 film — the highest-grossing R-rated film of all time — is in the works.

In a post on Instagram, Phillips shared a photo of Joaquin Phoenix — who won the Academy Award for Best Actor for his performance as Gotham’s Clown Prince of Crime — reading the script, which is apparently titled Joker: Folie à Deux. In French, “Folie à Deux” means “madness for two.”

Todd Phillips announces a sequel to Joker titled Joker: Folie à Deux is in the works

Given the sequel’s apparent subtitle, DC fans have begun to speculate what exactly “madness for two” will mean within the context of the film, with early theories suggesting the title is a reference to either *two* different Joker or Harley Quinn.

folie a deux translates to "shared madness" so 100% there's gonna be harley quinn in it but that raises the question WHO will play her https://t.co/nPvYeXInPI

Y’all…if you don’t know what “folie à deux” means, do yourself a favor and look it up.

Could that mean a potential appearance of a new BATMAN for this universe? 🦇 pic.twitter.com/2B9HS2AvKl

Could we see Phillips version of Harley Quinn or maybe Punchline? pic.twitter.com/Agupn95s22

If Willem Dafoe isnt in Joker 2 then i don't want it pic.twitter.com/CKoHWXPXes

Based on the definition for the joker 2 title another joker like person will be introduced if we are getting a serious dramatic Harley Quinn THAT’S EXCITING!!! #joker2 pic.twitter.com/BrFGvpwAdM

Could we be getting a new Harley Quinn… pic.twitter.com/DVlxu6QXOB

Personally, I’d prefer… neither of those options. Margot Robbie already plays Harley Quinn and there’s also the excellent animated series on HBO Max. Meanwhile, not only is there Joaquin’s Joker but there’s Barry Keoghan’s in The Batman universe, too.

While the Joker sequel was officially announced, its release date was not. At this time, my guess is that it’ll hit theaters during the 2023 holiday season — but that’s pure speculation. 2024 at the latest.