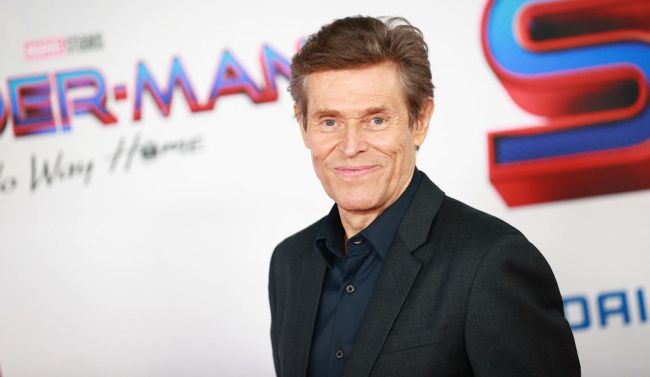 For the last 20 years or so, one of the most popular fan castings in the world of comic book movies has been Willem Dafoe as Joker, largely due to his skill at playing crazy and his famously toothy grin.

While Dafoe has ultimately landed the role — there have been four cinematic Jokers since Jack Nicholson’s iconic turn in 1989’s Batman — he recently addressed the possibility of portraying Gotham City’s Clown Prince of Crime in a recent interview with GQ. Dafoe also added an interesting wrinkle to the possibility, as he said he’d like to play an “imposter Joker” opposite Joaquin Phoenix’s version, so sort of like a Spider-Man: No Way Home situation, but with Jokers. Jokerpalooza.

For years, people have been telling him he’s the perfect man for the role, and it got him thinking. “There is something interesting about, like, if there was a Joker imposter. So it would be possible to have not dueling Jokers but someone that says to be the Joker that isn’t the Joker. And that kind of opens up the possibility of an interesting story, particularly if you had Joaquin Phoenix’s Joker, and then you had someone who was either imitating or riffing off what he did. I fantasized about that. But other than that I am not talking to anybody [about it], you’re the first one.” [via GQ]

There’s a very real chance a new cinematic Joker makes his debut in the coming months, as there have been rampant rumors that Dunkirk and Eternals actor Barry Keoghan has been tapped for the role in Matt Reeves’ upcoming The Batman franchise.

RELATED: New Trailer For ‘The Batman’ Potentially Teases The Appearance Of A Legendary Gotham Villain