Jon Bernthal Talked About All The Injuries He Suffered Playing The Punisher, Wants To Keep Playing Him 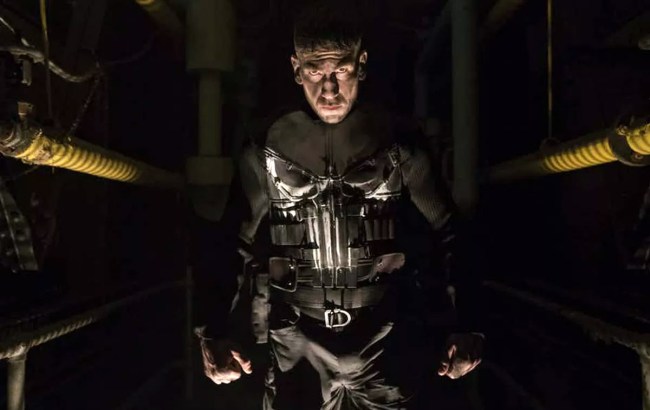 When it was revealed that Netflix would be cancelling all of their Marvel series including Daredevil, Jessica Jones, and The Punisher, fans were understandably upset.

Several actors on the shows were also not very happy with them being cancelled by Netflix, most notably Charlie Cox, the star of Daredevil, who to this day is still campaigning for Matt Murdock’s return.

Also among the actors who would like to continue playing the role of superhero is Jon Bernthal, who took over the role of Frank Castle in The Punisher and ran with it.

Recently during an appearance at Fandemic Tour Houston, Bernthal revealed that he has no idea if he will ever get the chance to play the popular anti-hero again, but he would certainly like to if given the chance. (Paging Disney+!)

“Y’all will know before me. They don’t tell me sh*t,” said Bernthal, reported Comicbook.com. “It’s all about Frank. He needs to be portrayed in a very certain way, in my opinion, and he means so much to so many people in the comic book community, and the law enforcement community, and the military community. In my opinion, you don’t just do a Punisher, you don’t just do a Frank Castle thing, you know? You gotta do it right, and you gotta respect what he stands for, what he’s all about. To me, if that works out, then I’ll jump in with everything I have. And if not, I’m not gonna. I love Frank, too. I really don’t have any desire to move off of him.”

Bernthal also recently revealed that playing The Punisher can be, well, pretty punishing, listing off some of the many injuries he suffered while fighting all of those bad guys.

“I think the cool thing about those Marvel shows, those Netflix-Marvel shows, I think what made them stand apart a little bit is that we were trying to do movie-level fights in a TV show. And the brass tax of that is you’re trying to fit a movie-level fight into the schedule of a TV show,” said Bernthal. “In a movie, you might have two months to shoot an action scene, you rehearse it forever. We’ve gotta rehearse it, learn it, shoot it, usually in an afternoon. It’s much less time. So our saying on our show is, ‘You do it real and you do it once.’ So if you’re throwing someone through a wall, just throw them through the damn wall. Do it hard, do it once.”

Doing it hard, he says, left him with a broken hand, knocked unconscious, a broken hand, torn ligaments and a dislocated thumb at various times while shooting The Punisher.

“On Punisher, I definitely got knocked unconscious a few times. I broke my hand, I tore some ligaments, dislocated my thumb. Yeah, there’s a lot of injuries, but all worth it,” he said at Fandemic Tour Houston. “If you saw Punisher Season 2, that whole thing with my broken hand, my hand that got shot? That’s because in that first bar fight, it was a three-day fight, and on the first day, I broke my hand. On the second day, I tore a bunch of ligaments. On the third day, I dislocated, so they had to do an emergency surgery. So they wrote that thing in, because we had to go back to work the next day. So they wrapped up my hand and I kept shooting. That’s why that was in there. So you get hurt.”