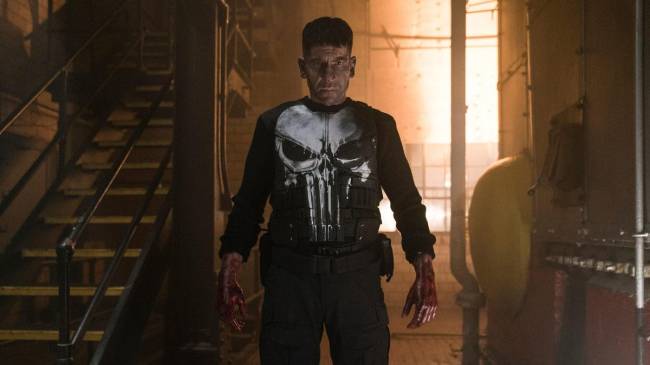 After bringing back Vincent D’Onofrio’s Wilson Fisk/Hawkeye in Kingpin and Charlie Cox’s Matt Murdock/Daredevil in both Spider-Man: No Way Home and She-Hulk: Attorney at Law, rumors now indicate that Jon Bernthal’s beloved portrayal of Punisher could be the next Netflix-era Marvel character resurrected in the MCU.

According to a couple of in-the-know scoopers, the upcoming 18-part Daredevil: Born Again series will be used to reintroduce Netflix-era characters such as the Man Without Fear, Punisher, and Krysten Ritter’s Jessica Jones.

Rumors indicate that Jon Bernthal’s version of Punisher could debut in the Marvel Cinematic Universe in Daredevil: Born Again

According to entertainment scooper’s KC Walsh and Charles Murphy, Jon Bernthal’s reappearance in the MCU could be sooner than we think. With Daredevil: Born Again set to enter production in 2023, many have hoped to see other characters such as Krysten Ritter’s Jessica Jones appear. [via Dexerto]

However, due to an apparent scheduling issue, rumors indicate that Bernthal’s Frank Castle will fill that role instead, which would certainly be a welcome sight for fans.

Daredevil: Born Again, an 18-part Disney+ series, was announced earlier this month at the D23 Expo event. While Cox made his first appearance in the MCU in Spider-Man: No Way Home, he never donned his Daredevil suit, meaning his upcoming appearance in She-Hulk (which has been featured in all of the marketing, so it’s not a spoiler) will be the first time that *Daredevil* technically appears in the MCU.

RELATED: New Report Details How A Foolish Movie Studio Gave Up The Rights To ‘Iron Man’ Because They Thought It Was Silly That He Could Fly