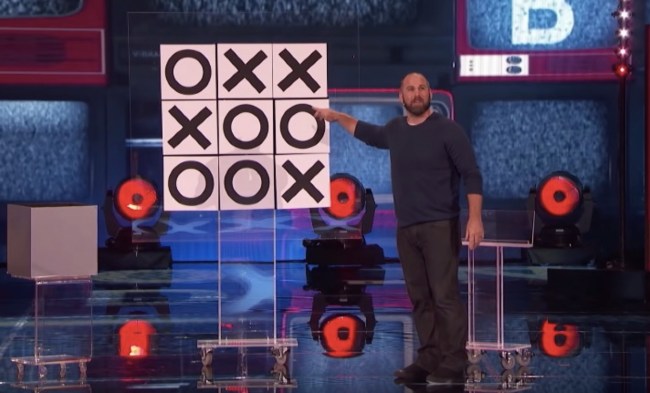 The last time the NFL world saw long snapper Jon Dorenbos was with the Philadelphia Eagles in 2017. He was traded to the New Orleans Saints and took a physical upon arrival that revealed an ascending aortic aneurysm and he’d need to undergo open heart surgery within 24-hours.

This all happened after Jon went viral on America’s Got Talent as a magician a few years ago, and magic is something that helped Jon Dorenbos get over the loss of both of his parents.

His father murdered his mother when he was 12-years-old and was sentenced to 13 years in prison. To help cope with the loss of his mother’s life and his father sent to prison, Jon turned to magic.

Now, the 2-time Pro Bowler (2009 and 2014) and honorary Super Bowl champion with the Philadelphia Eagles is back on America’s Got Talent: Championswith a new trick. The trick itself starts just after the 3-minute mark in case you want to jump ahead but I highly suggest checking out the inspirational story beforehand.

I don’t get it. How in the actual hell did he pull that off? I usually have some inkling as to how a magician executed a trick but I’m completely flummoxed here. I feel the way Simon looked after that reveal.

As for who will win America’s Got Talent: The Champions? I don’t have a dang clue. I only catch clips of this show online and have zero interest in watching it on TV and sitting through long commercial breaks in between Simon Cowell and his same old schtick. The less Simon, the better.