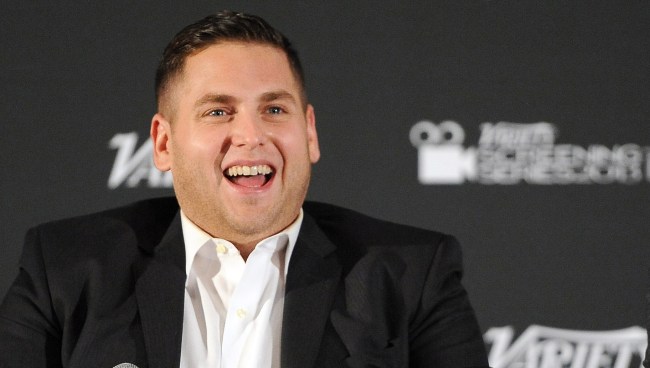 Jonah Hill, as we recently pointed out, has once again lost a ton of weight again (here’s how he did it). So saying that he looks a little different now would be the truth.

However, his appearance has been altered even more drastically than just losing weight as he’s now rocking some funky braids and a bunch of tattoos as he works on his new Netflix show Maniac.

The plot of the show, according to Bleeding Cool, might just explain this new look…

Maniac is based on a 2014 Norwegian series that focuses on a man who lives-out his fantasy life in his mind while his reality is spent locked-up in a mental institution. Hill and [Emma] Stone will both play patients in the institution, while [Justin] Theroux will play James Mantleray. Though no further details on the character were given, he’s believed to be a mad-scientist-type doctor who might have an alcohol problem.

Here’s a trailer from the original series…

Of course, this being the internet, people decided to turn Hill into a meme with a very common theme…

How is @JonahHill gonna be starring in a movie about @PostMalone and me not know about it yet https://t.co/D3T7MyhTaS

jonah hill look like he’s trying to figure out how to recycle enough cans to buy a pack of menthols and a steel reserve pic.twitter.com/NhuNhweKT0

me walking into the 1st annual jonah hill appreciation day vs me walking out pic.twitter.com/vsSLnb9UbS

jonah hill looks like he just found out about soundcloud & zumiez