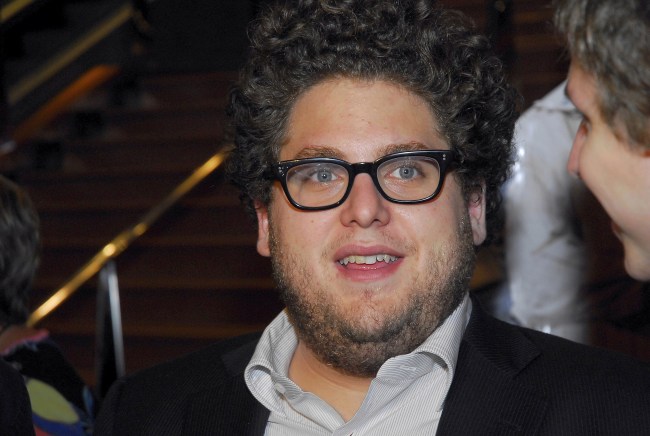 Yesterday, Jonah Hill made a splash on the world wide web that didn’t flood the pool. That’s because the 33-year-old is barely recognizable from the portly guy we saw in Superbad, and most recently, War Dogs–a role he packed on 40 pounds for for its August 2016 release.

Jonah now looks like the Stefan Urkel to his former Steve Urkel.

Jonah half-jokingly said that his 21 Jump Street co-star Channing Tatum gave his some scientific, super secret advice on how to shed lbs.

“I wanted to get in better shape, so I called Channing Tatum and said, ‘Hey, if I ate less and go to a trainer, will I get in better shape?’” Hill said during an interview on The Tonight Show. “Yes, you dumb motherfucker, of course you will. It’s the simplest thing in the entire world.”

“It was just mostly diet.

I wish there was some crazy thing that I did, like a pill or a genie or something, but I went to see a nutritionist, and he told me what to eat and to change my habits and stuff.

I found that Japanese food was very helpful to me.”

Jonah has also revealed the key to his weight loss was giving up beer, a lifestyle change that he was originally adamantly against.

He told a radio station:

“I went to a nutritionist and I said, ‘I’ll lost weight, I’ll eat healthier and whatever, but figure out how I can drink beer’.

You’re a better man than I, Jonah.

Jonah also said that an essential contributor to his weight loss was holding himself accountable with a food diary–meticulously noting everything he ate during a given day to keep himself in check. He revealed how he accidentally sent his food diary to Drake instead of his nutritionist.

“I looked back about an hour later at my sent messages because he didn’t email back, and it must have been DR, because he;s doctor whatever, and I sent it to Drake.”

“He did not write back. Another guy I have to duck for the rest of my life. On the long list of people I’ll never speak to.”

It’s no secret that fat is funny (“no one wants to see Lance Armstrong do comedy”), so its going to be interesting to see if Jonah is as hilarious in his next film when he looks like Chad who hogs the free weights.