Jordan Peele ‘Flirting With The Idea’ Of Making ‘Get Out 2’ 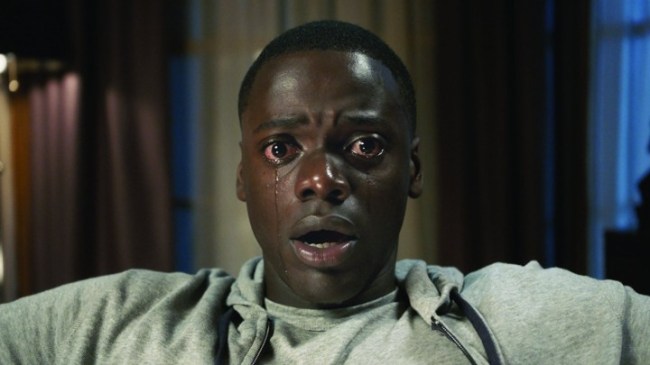 Get Out was a critical and box office success after earning Academy Award nominations for Best Picture, Best Director, Best Original Screenplay (which it won), and Best Actor for Daniel Kaluuya. Plus the breakout movie by Jordan Peele grossed $255 million worldwide on a $4.5 million budget. So of course there will be chatter of a sequel, but now Peele is “flirting with the idea” of Get Out 2.

Jason Blum, who was a producer on the 2017 movie and head of Blumhouse Productions that helped Get Out become a reality, says Peele thinking about making a sequel. “If Jordan wants to do a sequel, I’ll do it in a second, but it has to come from Jordan Peele. I think he’s flirting with the idea,” Blum told Variety.

In February, Peele acknowledged that he is considering another Get Out movie. “I will definitely, seriously consider it.” the Key & Peele star said. “I love that universe and feel like there’s more story to tell. I don’t know what it is now, but there are some loose ends, if you know the movie.”

However, that might be a long time from now because Jordan is now a hot commodity in Hollywood. Peele is making a 10-episode series for Amazon called The Hunt that is based on a about a group of Nazi-hunters in New York City in 1977. Peele’s current project is a horror movie titled Us with an all-star cast of Lupita Nyong’o, Elisabeth Moss, and Winston Duke that debuts next May.

Peele will be hard-pressed to create a Get Out sequel that is a fraction of the success that the original film was, but it will also have all the buzz and anticipation from the first movie, plus probably a much larger budget.