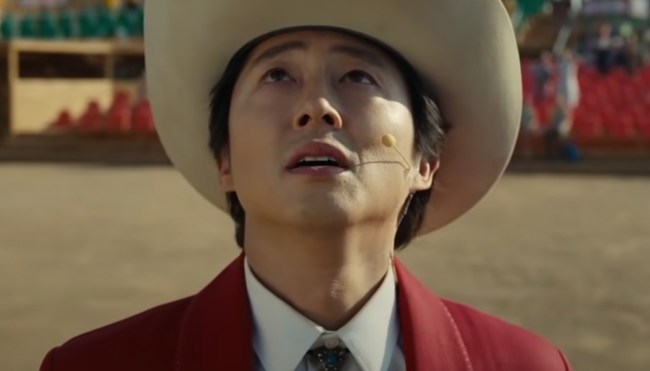 In 2017, Jordan Peele managed to pull off one of the more impressive pivots in recent memory when he dropped Get Out on a largely unsuspecting world that wasn’t really expecting a guy who was best known for being one half of a sketch comedy duo to emerge as one of the more exciting names in the horror game.

His directorial debut was a hard act to follow, but Peele did what he could with the release of Us in 2019 before branching out a bit more this summer with Nope, a Tremors-inspired love letter to Steven Spielberg that impressed the bulk of the critics who saw it and generated enough buzz to rake in $44 million in its first week at the box office.

If you haven’t seen Nope yet, you may want to stop reading here unless you’re in the mood for some light spoilers.

If you have, however, then you’re familiar with the incident that unfolded on the set of Gordy’s Home, the fictional sitcom featuring the titular chimpanzee who went on a bloody rampage after snapping on the set during a day of filming (and inspired the fictional Saturday Night Live sketch at the center of the monologue where Steven Yeun’s character praises the performance of Chris Katan in one of the movie’s funniest moments).

Nope leans fairly heavily on that incident (which is also responsible for what I would argue is the movie’s most terrifying scene), and it would appear Peele had plenty of time to flesh out a concept that may have popped into his head all the way back in 2014 based on an old tweet the resurfaced in the wake of the film’s release.

Dreamt that a baby chimp attacked some people then ran to me and hugged me all scared. I woke up with tears streaming down my face. #bruh

Peele hasn’t directly addressed the notion that he drew inspiration from the dream in question, but plenty of people seem to be convinced that’s the case.

Jordan Peele woke up from this dream and was like https://t.co/7eeAtRhG4b pic.twitter.com/sVB4N4yirA

In the immortal words of Shia LaBeouf: don’t let your dreams be dreams.