Josh Brolin On Who He Preferred Playing More, Thanos Or Cable, Plus Why He Was Able To Do Both 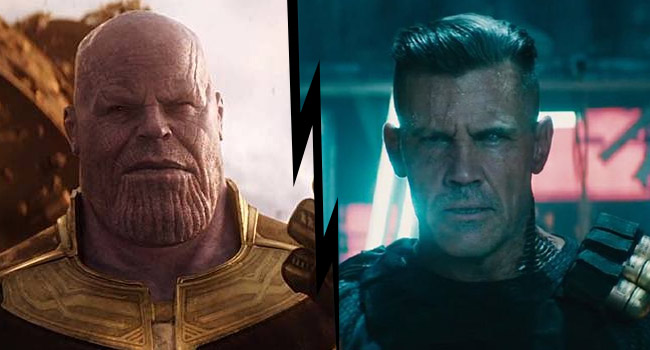 Josh Brolin answered one of the most obvious questions about his unique situation in the Marvel movie universe: which character did he prefer playing, Thanos in Avengers: Infinity War or Cable in Deadpool 2?

It’s especially interesting because of the fact that despite having already been seen in post-credit scenes and being cast as Thanos for some time, the folks over at Deadpool 2 still decided that Brolin was the right man to play Cable. Throw in the fact that the two films come out less than a month apart and it becomes even more of a strange state of affairs.

Last fall, Deadpool 2 director David Leitch explained to CinemaBlend a little bit of the hows and whys of Brolin playing both parts.

“I think everybody in sort of the Marvel and Fox world considered it, and they take their time and make measured moves. But I think everyone thought it was prudent and was okay in terms of the way Thanos is portrayed and Cable is portrayed. They’re very different in styles, and in terms of the way they are presented in the movies, obviously. We couldn’t have cast a better Cable. We were filming last night and both of them were on set, and the chemistry is amazing. It’s such a fun movie to be on. I’m really grateful.”

As for which character Josh Brolin preferred playing, Thanos or Cable, his answer is pretty insightful.

“Look, I really like doing Cable, and it’s practical. But I think if I was to have a preference, it’d be Thanos, just because my expectation was pretty low, given that I just thought I was a prop,” said Brolin. “And it was quite the opposite, having seen enough of the movie and realised how cutting edge this technical process is, y’know? I was watching me. I was watching every twitch, every blink. I was watching my eyes. My actions. I was living through my intentions.

“At the beginning, before I said yes, I called Mark Ruffalo and I said, ‘What do you think of this?’ He was like, ‘It’s going to be really uncomfortable in the beginning, and then you see the movie, and you’ll just be absolutely blown away by the stuff you were doing.’ And that was then. They made huge leaps and bounds in mo-cap territory since then. There’s nothing not authentic about it.”

In the video below, Brolin discusses playing Thanos and how funny Deadpool 2 is going to be.