These Are The Petty Things That People Use To Judge Your Personality, According To Research 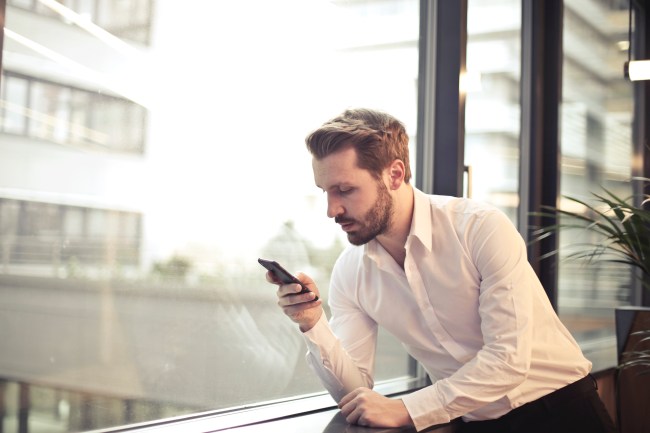 Judgemental people are the worst, aren’t they? Don’t get me wrong, we’re all guilty of doing it every once in a while, but there are some people who are so comfy atop their high horses that they actually get pleasure in putting other people down regularly. It’s sad.

Thing is, the human mind is a funny thing, with judgemental people looking for certain things that make them mad, make them less likely to like another person and make them wonder why they do such things. And, because we all enjoy seeing interesting studies about the human mind, the good folks over at The Ladders dug a little bit deeper into this whole judgemental topic.

According to The Ladders piece, the study showed that judgemental people often focus on small things like handshakes and body language, not bigger things that make up a person’s real personality. So, what are some of those things? Keep on reading to find out.

How Frequently You Check Your Phone

This one probably isn’t much of a surprise, given the fact that everyone seems to be on their phone way too much, which causes us to ignore those human interactions right in front of us. According to The Ladders piece, if a person is frequently checking his or her phone, it shows a lack of respect, attention, listening skills, and willpower. Sometimes, Tinder messages beckon or work calls, but put the damn phone down, guys.

Believe it or not, judgemental people look at how weak of a handshake someone has to determine things about your personality — seriously. A study from the University of Alabama showed that a firm handshake is often associated with a more outgoing and more extroverted kind of person, while those with weaker ones more neurotic or introverted.

How You Treat Servers Or Receptionists

I’ll admit, this is one that I definitely pay attention to — especially when it comes to dating or finding a girlfriend. I talk to everyone as if they’re my best friend, so when another person doesn’t do the same, or is straight-up rude to someone working, it’s a major turnoff; and The Ladders piece seemed to show that people think the same. In fact, some companies even use this as an interview tactic, just to see if you treat the support staff with the same respect as you do once you meet the person interviewing you.

Have chicken scratch for handwriting? Well, you might want to try to fix that, pal, because it’s another way that judgemental people think less of you. For instance, some actually people think that your sloppy handwriting reveals your organizational tendencies. On the contrary, if you write too neat and press too hard, some may think it’s a sign of how uptight you are. Good lord, talk about over-thinking things when judging a person.

Nobody likes the kind of person who says they’ll be there on time, yet ends up showing up hours later. Sure, it happens to us all at times, but there are some people who have this as their M.O. Well, if you’re tardy, be prepared to have all the judgemental people looking your way if you ever show up, because doing so makes people think that you lack respect and tend to procrastinate, as well as being lazy or disinterested.

In total, The Ladders article references eight total things that people use to judge your personality, so head on over to their website to see the full results. Oh, and stop being so judgemental, man, it’s a bad look.