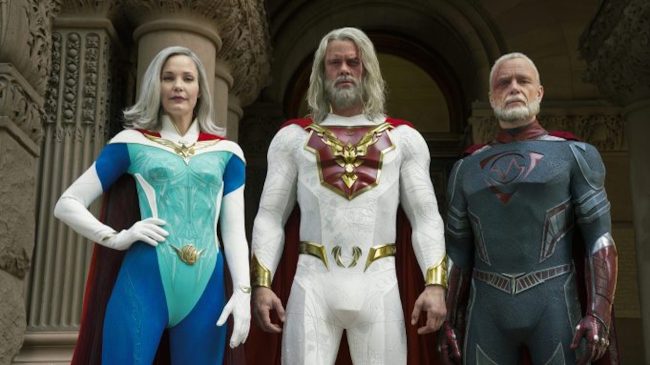 So, I actually interviewed Josh Duhamel about his starring role in Jupiter’s Legacy about a month ago ahead of the series’ debut on Netflix on May 7. Duhamel was awesome, but unfortunately for him, the series was not. In fact, it was quite the opposite of awesome. It reminded me of the Arrowverse on CW, which has always struck me as being tacky. Tacky is certainly not an adjective you want to use for a $200 million dollar show, though, as that’s reportedly what Netflix spent on the already-axed superhero series.

RELATED: Timothy Olyphant Once Put Josh Duhamel In His Own Christmas Card, Because Even They Can’t Tell Each Other Apart

Now, to be clear — and this is all semantics from Netflix, who are trying to save face in the wake of their first Millarworld series absolutely bombing — the series wasn’t technically “canceled”, but rather, the actors from season one of been released from their contracts. Instead, Netflix is now pivoting the project into an “anthology series” and is developing, Supercrooks, which focuses on the villains in the same fictional world that Jupiter’s Legacy took place in.

“I’m really proud of what the team achieved with Jupiter’s Legacy and the amazing work everyone did on that origin season,” Mark Millar, creator of Jupiter’s Legacy, Kingsman, and Kick-Ass, wrote on Twitter. “I’ve been asked a lot about what we’re planning next with this world, and the answer is to see what the super-villains are getting up to.”

Some big news from us on what's coming up next in live-action from Millarworld, peeps! pic.twitter.com/usEuwVNHei

Regardless of how Netflix and Millar may try to spin it, this reroute was obviously not part of the plan, as the eight-episode first season ended on a blatant cliffhanger.

Luckily for our man Josh Duhamel, he’ll be just fine, as he’s set to star alongside Jennifer Lopez in the upcoming romantic action comedy Shotgun Wedding.