Juul Is Paying $2 Billion From Investment With Tobacco Giant To Its 1,500 Employees, Making Them Instant Millionaires 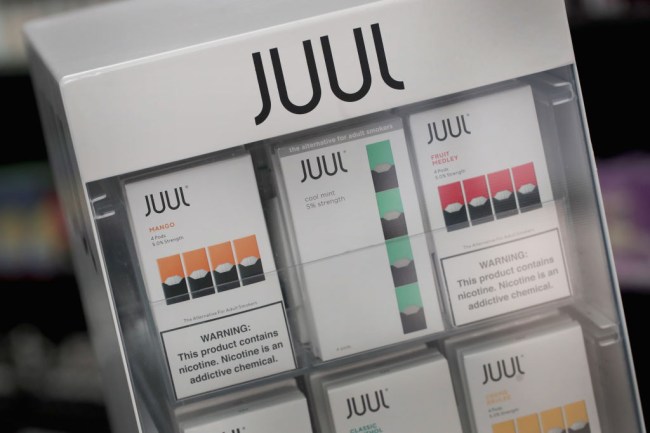 For those of you who voluntarily took on insurmountable amounts of debt for an education that would lead to wealth down the road, make sure you’re sitting down while you read this. May want to take a long drag of that Juul too.

So a company called Altria, a tobacco giant behind iconic names like Malboro, has signed on to buy a 35 percent stake of e-cigarette company Juul for $12.8 billion, valuing the ubiquitous e-cig at a mind-numbing $38 billion. This valuation is nearly double what the company was valued at in July for a previous investment and eclipses the valuation of behemoths like AirBnb and SpaceX.

When white girls see a Juul at a party pic.twitter.com/ICb4LloEWN

What makes the investment more shocking is that Juul is reportedly paying out $2 billion as a special dividend to its 1,500 workers, averaging about $1.3 million a piece, CNBC reports. How much each employee will receive will depend on a variety of factors: how long they’ve been with the company and how much stock they own, to name a couple.

It’s been theorized that Juul’s decision to disperse the dividends to its 1,500 employees was to quell concerns many had about selling to a tobacco giant, a compant that seemingly stands against the mission of Juul: to ween people off smoking traditional cigs. I’d say a $1 million bonus is a good mechanism to boost morale.

“Hey can i hit your juul” pic.twitter.com/rDRjava0iA

Juul is also reportedly paying $150 per share to its investors as part of the deal. As Recode points out, major investors like Tiger will receive a hefty holiday gift of $1.6 billion in cash without giving up any shares for the payment. Juul’s generous gesture to reward venture capitalists handsomely is thought to be because they longtime financial supporters have been put through the ringer with the Food and Drug Administration.

Can you imagine getting a $1.6 billion cash infusion and still holding stock in a company whose valuation just ballooned from $16 billion to $38 billion. God damnit.

they made a choker out of juul pods, i guess you could call it juulery pic.twitter.com/sICQq8yXJj

Know of any job openings at Juul? Hit me up.