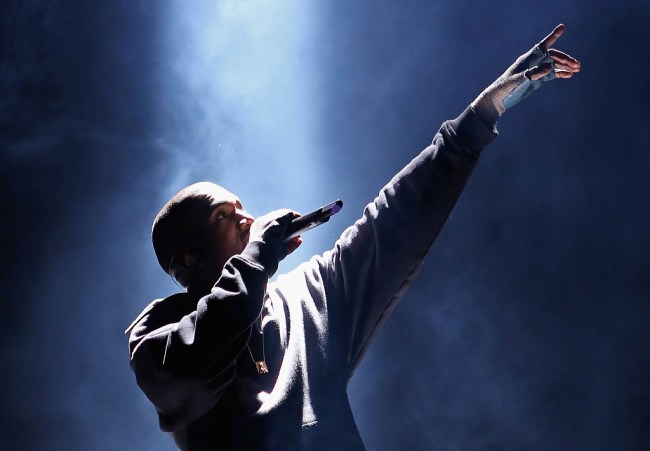 Kanye West is always grinding, but his latest goal sounds extremely ambitious. The “All Mine” rapper says he wants to make 52 records in 52 weeks. That’s crazy and would be an insane triumph if he was able to pull it off.

Writer Jon Caramanica recently spent three days with West for an in-depth profile for New York Times. During the Popcast, the NYT’s pop music podcast, Caramanica revealed that Kanye wants to make a lot of records.

“He said he wants to get a place in Wyoming and he thinks he wants to spend more time there,” Caramanica said of Kanye. “He told me at one point he wants to make 52 records in 52 weeks. Take that for what you will.”

That’s pretty insane especially after how busy he has been in the last month. Over five straight weeks, West helped release albums by Pusha T, Kid Cudi, Nas, Teyana Taylor, and his own “Ye” LP. Kanye and Chance The Rapper are rumored to be working on a joint album together.

Kanye collaborator Francis & The Lights ignited rumors when answering a question about the epic collabo. “Please tell us he has a couple more coming, maybe Chance,” a fan asked and Francis replied, “I’ve heard rumblings of that yes, but he probably needs at least 6 hours of sleep right now.”

Chance does not confirm the rumors during an interview with Peter Rosenberg, but he also does not shoot them down so we still have hope.

Okay yeah…so Chance is dropping a 7-track project with Kanye…BUT I AM ON THE SEASON FINALE OF OPEN LATE SO ALL YALL WATCH https://t.co/Eg5nODmJFC