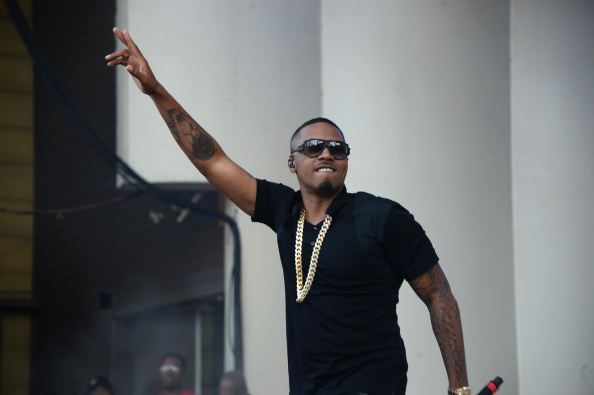 What was the first Nas song that blew your mind? “NY State of Mind,” “Hate Me Now,” “Ether,” “Street Dreams,” “Halftime,” “The World is Yours,” “One Mic,” “Made You Look,” “Life’s a Bitch,” “If I Ruled The World,” “One Love,” “Nas Is Like,” “It Ain’t Hard To Tell?” Difficult to pick just one. Nas changed the hip-hop world back in 1994 with his debut album “Illmatic” and has been going strong ever since. His most recent album was “Life Is Good” back in 2012 and on Thursday night we got a brand-new Nas album titled “Nassir.” “Escobar seasons begins.”

The Kids Are Our Future. NASIR out everywhere tomorrow! Executive Produced by @kanyewest #NASIR pic.twitter.com/gpRUBT7FPU

The 24-year veteran of the rap game went back home to Queens to stream his new album at a New York City listening party that was attended by hip-hop fans as well as Pusha T, Swizz Beatz, Mobb Deep’s Havoc, Chris Rock, DJ Clue, and Kanye West. Nas unveiled his 11th studio album and played it twice for the hyped crowd so the new music could marinate. “Nasir” has an unmistakable Nas vibe and flow.

G.O.O.D. Music’s seven-track album is produced by Kanye West and Ye adds a verse on a track that samples Slick Rick’s classic “Children’s Story.” Other collaborations on the LP feature 070 Shake and The-Dream. There is even an intro by legendary comedian Richard Pryor. Earlier this week, Kanye tweeted the track listing for “Nasir.”

Fans love the new Nas album and are already calling it an “instant classic.”

Just left #Nasir album release. Its the hard hitting, bar after bar genius of Nas, layed perfectly on top of the bass heavy soul sample genius of Kanye. With an extra touch of that beautiful/unique sound found on Ye & KSG. @Nas & @kanyewest outdid themselves. Instant Classic.

🔥The Cops Shot The Kid

So the whole album is straight 🔥🔥🔥🔥🔥🔥🔥mad props to @Nas and @kanyewest for an instant classic! #NASIR

I have been waiting for a classic album this year @Nas & @kanyewest outdid themselves for an Instant Classic. Thank you #Nasir

Check out the “Nasir” listening party below.