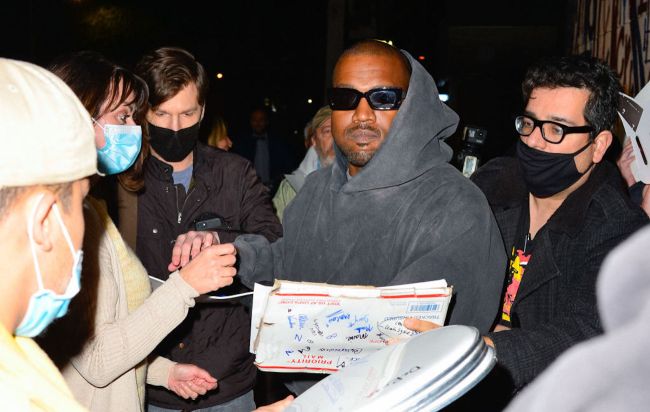 According to reports from Fox 11 Los Angeles, West was involved in a physical altercation around 3 a.m. with a man who was reportedly asking the Donda rapper for an autograph.

The report states that the unidentified fan saw Kanye sitting in his car and approached to ask for an autograph. At this time, Kanye exited the car and “words were exchanged” before Kanye “punched him, knocking him to the ground.” Kanye then left the scene prior to the arrival of police, who are now currently investigating the alleged incident.

Video of the alleged incident shows the artist shouting at a female member of his team as the unidentified fan lies on the ground. The unknown man is seen in the clip dressed in a pair of jeans and a black hoodie, and, though seemingly still conscious, does not get up from the ground. [via Page Six]

The video of the incident shows a female staffer unsuccessfully attempting to calm Kanye down, according to Page Six:

Meanwhile, West is heard yelling at the female staffer, “Get away from me,” as she tries to calm him down and says, “Give me your hand.”

The unidentified woman then responds, “I am your family. Give me your hand.”

West then tells her, “You were supposed to talk to her!” It is unclear from the footage to whom the “her” is referring.

At this time, neither Kanye nor his representatives have publically commented on the incident. The Los Angeles Police Department is reportedly investigating Kanye for criminal battery, which is considered a misdemeanor.