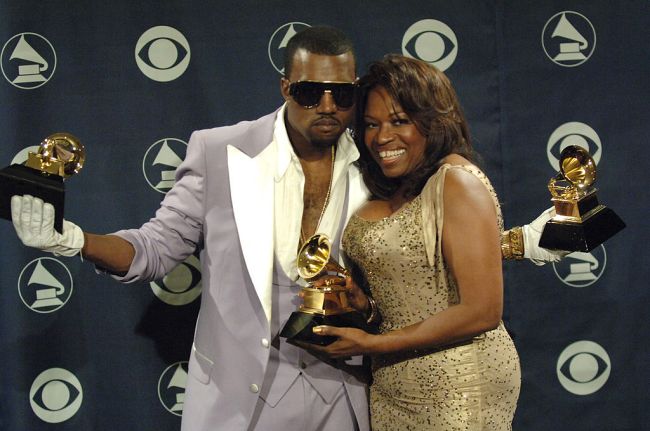 Kanye West is going big for his third (and final?) ‘Donda’ listening party. The 44-year-old rapper is reconstructing his childhood home at the 50-yard-line of Soldier Field in his home city.

Kanye is rebuilding his Chicago home in the stadium. pic.twitter.com/7G6OLuPeta

Yeezy will be playing his forthcoming album, which has already been previewed at two separate listening parties in Atlanta, for a sold-out stadium in Chicago on Thursday. He is reportedly going to release the album following his performance, but that promise has been broken numerous times already.

The ‘Donda’ album will serve as a tribute to West’s late mother, who passed away in 2007.

A look at the home.

The two first lived in a 1,600-square-foot home in the South Shore and it looks to be a featured element in the upcoming listening party.

Ye recently wiped his entire Instagram account and has uploaded photos that only have to do with the album. The first was an image of the home.

The performance replica is being built to look just like the place in which Donda raised her son. The home has changed hands several times since she sold it for $121,000 in 2003.

It will be centerstage at Soldier Field as construction continues.

West ultimately bought the home back last year for $225,000 and it currently sits vacant. Prior to the purchase, it was featured on a 2018 episode of ‘Keeping Up with the Kardashians’ and in 2011, a camera crew followed West as he visited the home with Jay-Z.

Prior to her sudden death at the age of 58, Donda West served as a professor and the chair of the English and Speech Department at Chicago State University. After two minimalistic performances at the Mercedes Benz Superdome, West’s third performance at Soldier Field appears to be a bigger visual tribute to his mother to go along with the dedicated album.