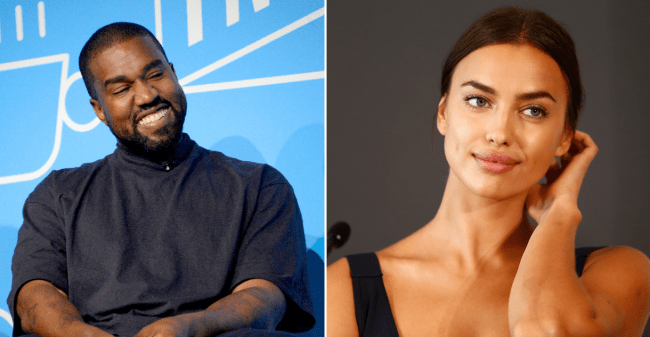 Kanye West has already moved on from Kim Kardashian amid their messy divorce and is reportedly dating someone else famous.

On Wednesday, the Daily Mail released photos of West hanging out with Bradley Cooper’s ex Irina Shayk in France for the rapper’s 44th birthday.

Kanye West and Irina Shayk have confirmed heated rumors of a new romance amid his divorce from wife of six years Kim Kardashian.

In exclusive images obtained by DailyMail.com, Kanye, 44, can be seen taking a romantic stroll with Irina, 35, in Provence, France, where they are staying at the luxury Villa La Coste boutique hotel together.

Rumors of the pair’s romance began late last month, with claims that Kanye was secretly dating the model, who shares a child with actor Bradley Cooper.

TMZ has confirmed Daily Mail’s report but note that it’s unclear how serious West’s relationship with Shayk is at this point.

TMZ has confirmed they are 100% romantically together, but our sources say it’s unclear how serious they are at this point. In other words, yeah … they’re banging. Definitely FWB status, at the very least.

Kanye actually looks happy in the photos with Shayk. Good for him.