Kanye Is Now Possibly Worth $6 BILLION 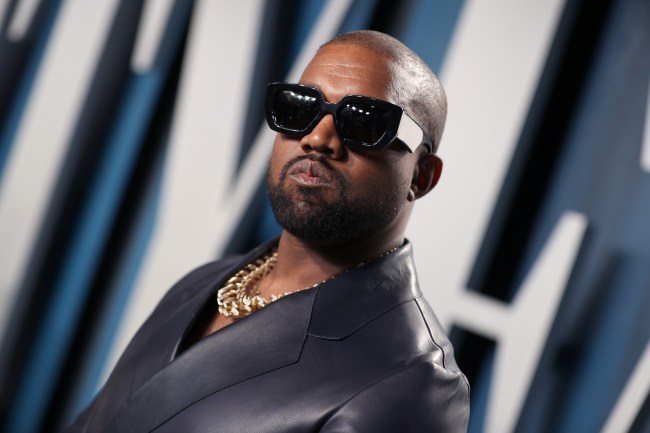 Poor Kanye. Guy can’t catch up a break. First he elicits the ire of the internet by chumming it up with ol’ Donny in the oval office. Next, he becomes something of a punchline for his own “will he/won’t he?” presidential campaign. And finally, his high-profile marriage with Kim Kardashian falls apart. Talk about running bad!

That is, until you see how much his net worth skyrocketed over the last year:

Yeezy’s Adidas sneaker venture — whose sales have skyrocketed during the pandemic amid torrid demand for its dressy-yet-comfy footwear — is now worth as much as $3.7 billion based on the valuations of similar streetwear brands including Supreme, according to an analysis by the investment bank UBS obtained by The Post.

That’s not including a valuation of nearly $1 billion for Yeezy’s upcoming Gap apparel line, which is slated to launch this summer. Both ventures are wholly owned by West, according to people close to the company.

Combine those ventures eye-popping figures with West’s share of his and Kim Kardashian’s Skims underwear line — estimated at $1.7 billion — and West’s net worth appears to have vaulted past the $6 billion mark, sources close to the companies say. The rapper also has a music catalog worth an estimated $110 million and cash and stock worth $122 million, according to Bloomberg, which first broke the news about West’s assets on Wednesday.

Obviously these numbers are speculative at best. But for all Kanye’s bluster, tumult, and off-the-rails tweeting, the man is an absolute machine of success. Everything that he touches turns to billions. Billions!

Let’s start with the sneakers. Once upon a time, Yeezys were a holy grail of limited sneakers. You needed a “plug” just to get a pair, and then you’d likely sell them on the secondary market for a 5-10x multiple. But gradually, Adidas increased the trickle of Yeezy releases to a steady stream, then an all-out flooding of the market. Hypebeasts quickly soured on the now-ubiquitous shoes, but there were still hordes upon hordes of sneaker people who had, for so long, coveted the Yeezys despite not being able to secure themselves a pair. Now, finally, they had access. And that’s when you started seeing Yeezys on the feet of random dads on the subway, or dads in line at the ferris wheel, or dads on treadmills. They were, and are, everywhere.

Then he announces this partnership with Gap. Gap? we thought. THE Gap? Kanye? Wow. Didn’t see that coming. It felt a bit like Roger Federer going from Nike to Uniqlo. Compared to the sexy swoosh, that Uniqlo logo, just as with the Gap logo, made you taste mall food in your mouth. Hints of Auntie Ann’s pretzel bites with… wait for it… notes of a Sally Field’s cookie behind it? Is that what I’m tasting whenever I see the Gap logo? You bet. But Kanye washed it all down and away with his enigmatic swagger. And I guess we’re about to wear Gap again.

Finally, he has some portion of his and Kim’s Skims underwear behemoth—the fleshy-toned shapewear line whose advertisements are EVERYWHERE. You can’t even spit on the subway anymore without hitting one of their posters. I sure miss the good old days when you could spit on the subway.

As recently as 2019, these were the wealth rankings of hip hop’s biggest moguls:

If Kanye is worth even half what this NYPost article thinks he is, that still puts him miles and miles ahead of everyone else. And he did it in just the last two years. Has to be somewhat irksome to Jay Z that Kanye FLEW past him, considering Kanye was once his padewan. Then again, I’m sure Jay Z’s 1.4 billion is preeeeetty comforting.