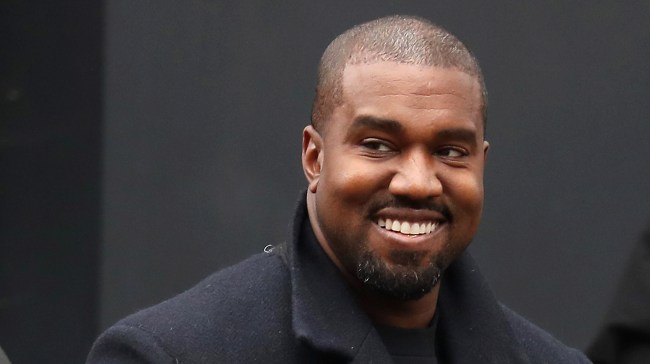 Kanye West, who claims to believe he can really become President of the United States in 2024, just published an open letter written to America’s Future.

During his appearance last weekend on The Joe Rogan Experience, Yeezy shared many of what he calls “symphonies.” (Most just call them rants.)

Among the many topics covered were his plan to buy Universal, why Black History Month is bad for Black people, possibly running for governor of California, and Bruce and Brandon Lee being murdered (they weren’t).

Of course, he also discussed his goal of becoming President, even offering up a very thoughtful response when Joe Rogan grilled him about how he would handle foreign policy issues.

West also told Rogan that he still believes he has a chance to win the election this year despite being listed on just a handful of state’s ballots, but it’s probably unlikely.

A more realistic goal, at least in his eyes, is to become President of the United States in 2024 or at some other point in the future.

One thing is for certain, West truly thinks his true calling is to become the leader of the free world.

To drive that point home this week, Kanye published a open letter on his campaign website that he wrote to the Future.

Even in our darkest moments,
We believe.

Our future has food for
everyone.

When I close my eyes, I see our God providing us with a bright future. I feel like a kid the night before Christmas when I think about our future.

Dear Future,
I still believe in you.

I know the world is going to get better, but you need us as a people to heal. You need us to hold everyone accountable to love.

Let’s lead with love. Our future is waiting on us.

Man, I hope the Future knows how to read.

Beneath the letter is a list displaying his Presidential platform, a video about his Yeezy Christian Academy, and links to his Presidential merch including a $60 ballcap, a $160 sweatshirt, a God Save America tee for $40, and other swag. All your standard President stuff.

Check out Kanye West’s full interview with Joe Rogan, if you haven’t already, below…